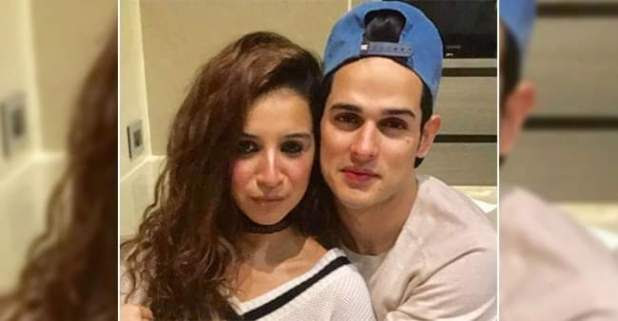 Big Boss 11 star Benafsha Soonawalla is tired of all the rumours going on in media about her relationship with Priyank Sharma. The actress who is all set to make her Netflix debut with Chopstick has cleared the talks of her link-up with Priyank. While talking to IANS, the actress said, “We are just friends and will always be buddies.” She was then asked if she would like to work with  Priyank, to which she replied, “If there is an offer, why not?”

This is not the first time the actress had to kill a rumour about her relationship. She thrashed the link-up rumours with Benaf. Even Priyank jumped into the conversation and said, “You know what! I have just started keeping quite on all such matters. People keep linking me with some or the other girl. So I would just say: Keep guessing because I have stopped sharing my personal life. Yes, I have made it a question mark for everyone. With my past experience, I have realised that I should not talk about my private life. In fact, I was a true believer of this till I did Splitsvilla, where fans got to see my love angle (Divya Agarwal). But other then that, I have never spoke about my personal life. If you see my Roadies audition also, I never revealed my girlfriend’s name till the time the fans and media found out.”

Though, all the rumours started when Vikas Gupta said that the two were dating. He said, “Benafsha Soonawalla will definitely support Priyank Sharma because they are dating each other.” “I feel they have accepted it and somewhere they have not. Again they might not be dating, I don’t know (laughs),” he added.