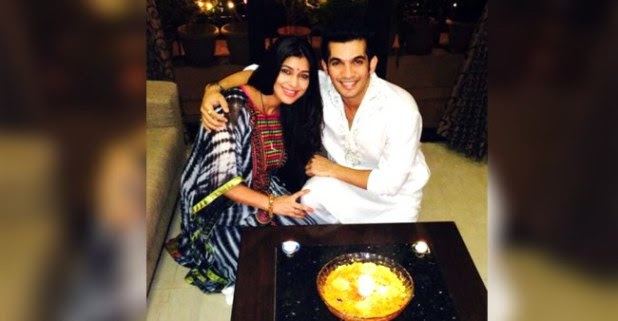 Arjun Bijlani is one of the most handsome, dashing and talented actors of the small screen. Ever since he gained fame from tv soaps such as Miley Jab Hum Tum, Meri Aashqui Tumse Hi, Naagin, etc. he has been killing many innocent girls with his impeccable acting skills and on-point personality.

But since meeting his wife, Neha Swami at a party, Arjun himself got mesmerized. Neha is drop-dead gorgeous and is blessed with natural beauty but it was her simplicity was what attracted him to her.

After 9 long years of courtship, Arjun and Neha finally took the wedding vows on May 20, 2013. Their wedding was a grand affair, which was attended by almost everyone from the television industry. After enjoying their marital bliss as a couple for two years, the lovebirds became proud parents to a baby boy, Ayaan Bijlani, in January 2015. Today, on May 20, 2019, Arjun and Neha completed six years of their married life.

To wish the love of his life, Neha, Arjun took to his official Instagram handle and shared a lovely video wherein a romantic song is playing, Tere Mere Pyar Ki Umar Salamat Rahe. Along with the video, Arjun had written, “I could choose the perfect quotes to say the best things to you, but I choose to be real today.”

He further went on to write, “U have been with me since I was 22 and probably, we have spent all birthdays, festivals, the good the bad the ups the downs together.9 years of courtship and now 6 years of marriage. Uff! we have spent a lot of years together. I know I haven’t been the best, but I will keep trying my best.

“Thank you for tolerating me for so long on that note happy anniversary, Thank u for giving me the best in my worst and of course OUR ANGEL AYAAN.” On the other hand, Neha too has wished her handsome husband on social media. Sharing the below throwback picture from their wedding, Neha worded her post simply as, “Happy anniversary love.”

We wish both of them, very happy anniversary and an even more happier life ahead.