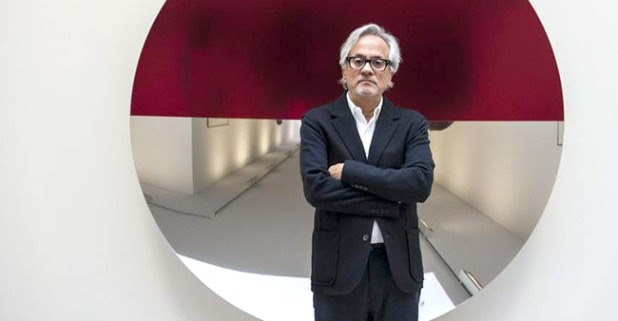 Anish Kapoor, a London-based sculptor became the most successful Indian artist alive. As per the new survey, he sold 102 lots and has a total turnover of Rs 168.25 Crores in the year 2018-19. This 65-year old Kapoor’s name was in the list of Hurun India Art List for his highest selling artwork. It’s an untitled stainless steel sculpture which was earlier sold for Rs. 9.31 Crore at a Christie’s Auction that took place in the month of October 2018.

As per the latest survey, ‘The works of Anish Kapoor, contemporary sculptor, registered the highest demand in terms of value and lots in the auction houses during the period under review.’ The Hurun Research Institute is a luxury publishing group based in Shanghai in China. It has disclosed the list comprising top 50 Indian artists alive based on the values of their work sold in the auction houses from the period of April 2018 to March 2019.

After collecting the data from the topmost auction houses and other renowned agencies in the industry, they have released a final report. Last year, the most expensive work sold by an Indian artist was ‘Seated Nude’ done by Akbar Padamsee. That particular artwork fetched Rs 11.70 Crore at the Pundole’s Auction that took place in June 2018. Besides Anish Kapoor, several other artists were featured on the list. Some of them include Sakti Burman, Thota Vaikuntam, Krishen Khanna, Jogen Chowdhury, Himmat Shah, and Raqib Shaw.

As per the survey, 24 percent of the artists featured on the list were found to be women. Arpita Singh turned out to become the most successful female Indian artist alive whose work fetched Rs. 5.25 Crore in the year 2018. She sold a total of 12 lots in the previous year. The most expensive work of this artist was ‘Ashvamedha’ sold for Rs. 1.87 Crore.