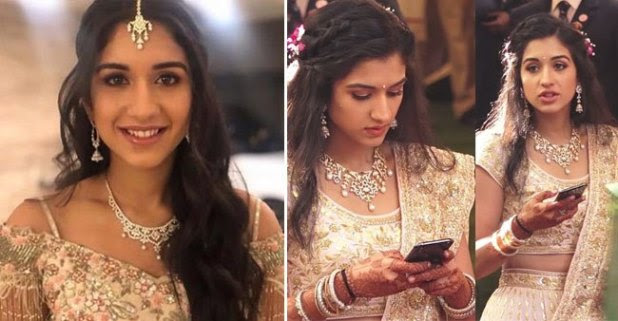 Indian weddings are known for their numerous ceremonies and grand feasts with colorful clothes and grand jewels throughout. The magnitude of such a wedding at Ambani’s can be only dreamt off. The years 2018 and 2019 have put the Ambanis in the limelight for their great fat Indian weddings across the globe. The year 2018 was the wedding of Isha Ambani,daughter of Reliance chairperson Mukesh Ambani and Neeta Ambani to Anand Piramal,the son of Piramal Group’s Ajay Piramal and Swati Piramal. The wedding took place at their Mumbai residence Antilia, Mumbai. There were a number of pre-wedding celebrations like the Ganesh Puja at the Ambani’s house and many more at Udaipur. 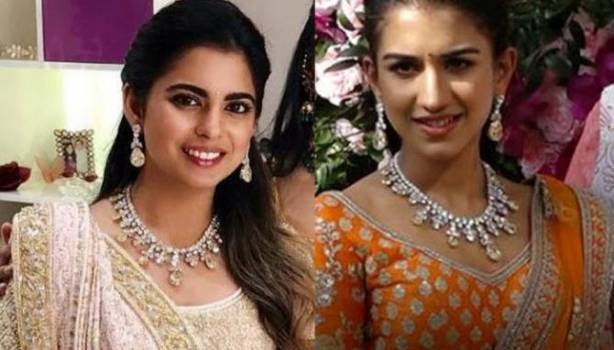 Cut to 2019, within a span of a year, the Ambanis have taken to another grand wedding celebrations of their son Akash Ambani to Shloka Mehta. Well as the wellwishers were wallowing in the glory of the Ambanis wedding, there is something that didn’t skip the people’s eye. And that has to be a grand jewellery piece. Isha Ambani at her Ganesh puja donned a couture dress and a gorgeous diamond neck piece which made a reappearance on Radhika Merchant’s neckline. Yes, Radhika Merchant was recently seen wearing a similar neck piece as that of Isha on the occasion of shloka and Akash’s wedding. Witnessing this has warmed up hearts of the people, to see the daughter of Ambani’s and the future daughter in law Radhika share such a sweet girly bond amongst them.

For those who are not aware, Radhika Merchant is the love interest of the Ambanis son Anant Ambani. Radhika Merchant herself is associated with a luxury brand Isprava. The future daughter in law of the Ambani’s never misses an opportunity to be with her future family as she made an appearance at all the intimate celebrations in the house. Mother in law Neeta Ambani also displays her affection for Radhika as they appear hand in hand at many functions. They all seem to be warming up for another great celebration very soon. Till then, cheers to sweet bondings over awesome clothes and diamond jewels.