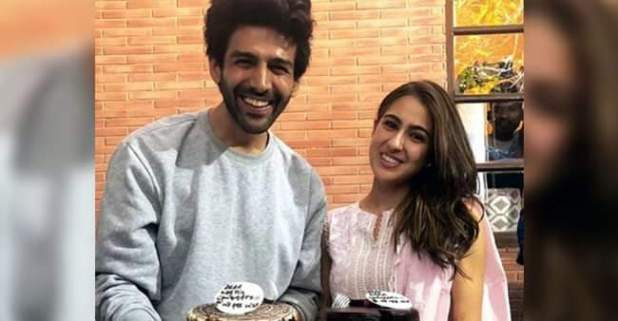 Kartik Aryan is without a doubt one of the leading actors in Bollywood currently. The actor has achieved the top-class status by delivering some of the best performances. He also has garnered a huge amount of social media following and he never disappoints his fans as he constantly shares his pictures and videos on the platforms.

We recently came across an Instagram handle that is run by one of the fans of Kartik Aryan. The fan is so creative that s/he went on to create comics of the actor with actress Sara Ali Khan. It shows that memes have become an ordinary thing in the world now. The comic conversations are hilarious and will surely make you laugh out loud. We don’t think that the Instagram handle had gotten the attention of Kartik as of now, but we are sure that it will light him up with a crack of laughter when he sees it.

The actor’s huge fan following has been impressive to witness and we are happy that he is continuing to build a strong career with impactful performances one after another.

On the work front, Kartik Aryan and Sara Ali Khan will star in Imtiaz Ali’s next movie which is expected to be the sequel to Sara’s father’s Saif Ali Khan and Deepika Padukone’s Love Aaj Kal. The name of the movie has not been announced as of now, but it is touted to be ‘Love Aaj Kal.’ Other than this, Kartik will also star in the remake of ‘Pati Patni Aur Woh’ alongside Bhumi Pednekar and Ananya Panday.