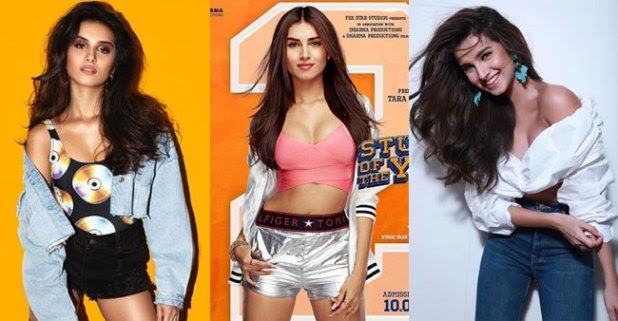 The beautiful actress Tara Sutaria made her debut into the Bollywood film industry with the film ‘Student of the Year 2’. The film features Tiger Shroff and Ananya Pandey in the lead roles. The 23-year old actress is an actress, dancer, and a great singer. One who is a follower of the actress on her Instagram account will be aware of her outstanding skills besides acting. Before the release of the film, the actress already gained an immense fan following across her social media account.

She got training in contemporary dance, Latin American dance and classical ballet. At the age of 7, she started singing. If you are not aware then, Tara sang the tracks in the films David, Taare Zameen Par, and Guzaarish movies. She was actually born on 19th November 1995 in Mumbai. She has a twin sister namely Piya. She is a well-trained dancer as well as a singer.

Tara began her career as a VJ in the year 2010 in Big Bada Boom by Disney India. Through this show, she acquired immense success in a short span of time. She acquired fame and reputation for her roles in Oye Jassie and The Suite Life of Karan and Kabir.

After working as a VJ from 2012 to 2013, she gained popularity among the audience. The series featured Siddharth Takkar, Damman Baggan, Shivshakti Sachdev, Namit Shah, and Shruti Seth. There were several rumors that Tara Sutaria dated the Bollywood actor Vinod Mehra’s son Rohan Mehra. She even posted a few pictures of the duo on her official Instagram account.

Rohan Mehra made his debut into the industry with the film Baazaar featuring Saif Ali Khan, Radhika Apte and Chitrangda Singh. She took part in various concerts at an international level. Tara is an active user of her Instagram account and shares her pictures quite often with her fans and followers.