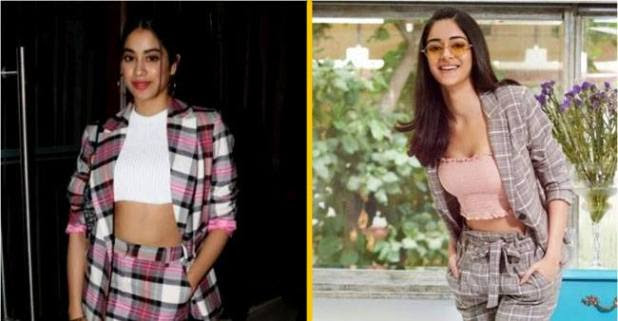 Bollywood is a industry where stars have a great sense of styling. Actress Sonam Kapoor tops the list in this. She is real fashion Diva in the B-Town. Apart from her there are many actress who wears different outfits and slay it very well. These divas attire choices sometimes end up getting same and thus it gives us opportunity to ask who wore it better?

Few days back, we asked you that between Kareena Kapoor Khan and Sonakshi Sinha who wore the red strapless dress better? Right? As according to us, they both looked gorgeous in their respective avatars. Now, in the fashion face off next we have Late Sridevi elder daughter Janhvi who made her debut in movies with Dhadak and another star kid Ananya Panday who is going to make her acting debut with Student of the Year 2.

As her movie is going to release soon she is busy with the promotions of film. Recently, at a promotional event, she was spotted wearing  a grey plaid short suit paired with a pastel pink smock crop top. She wore white sneakers along with it and keeping the look simple she opted for side parted open hair and yellow matrix sunglasses. How she is looking?

Boney Kapoor daughter a couple months back was seen wearing a short, plaid skirt-suit. With her pink, white and black outfit featured a blazer and a short skirt which she donned up with a high neck white crop top. She decided to have a  Blush pink makeup with hoop earrings and wore a Pastel pink heels for completing her entire look. 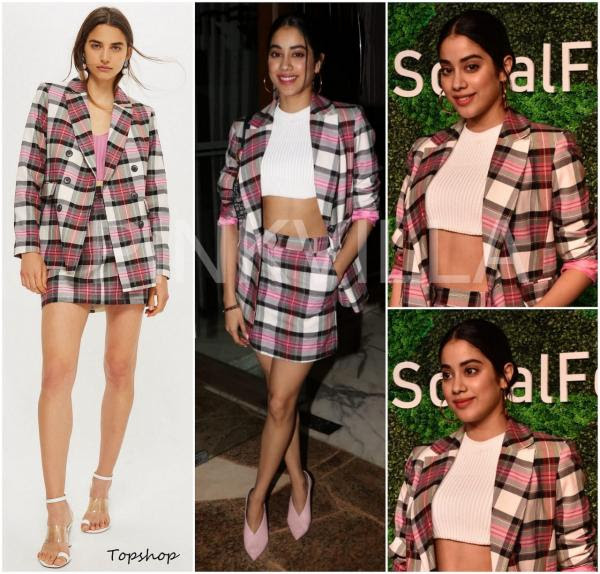 According to you who was looking better in plaid suit?

Ananya Panya will be seen in lead roles in Student of the year 2 which also features Tiger Shroff and Tara Sutaria. The trailer and the few songs from.film.is already out and the movie is scheduled to hit at Box office in may 2019. On the work front, Janhvi Kapoor will be next seen in working in Karan Johar another movie Takht which is a historical drama. The actress will also be seen in and as Gunjan Saxena in the combat pilot’s biopic.