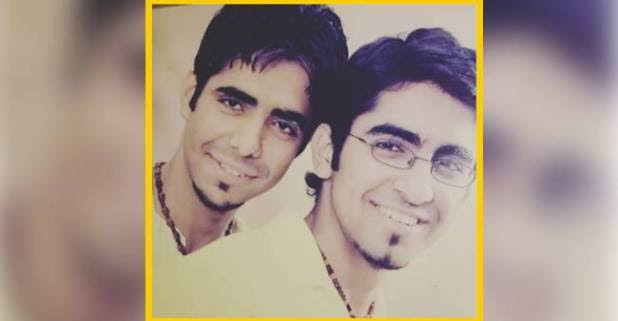 Ayushmann Khurrana is one of the best actors from the Bollywood film industry. He has amazing skills as a singer and a Television host as well. His brother Aparshakti Khurana is also an actor in the Hindi film industry. Both the actors hosted several shows on the Television a few years back. Now, the throwback picture of the siblings has turned out viral on the internet.

Aparshakti Khurrana lately uploaded a picture on his official Instagram handle for National Siblings Day. The picture posted by one of the siblings will definitely give a jaw-dropping moment. We often witness most of the film actors might change drastically after establishing their mark in the industry.

Whenever we look at the teenage pictures or the pictures before their debut, we may not catch them soon. The same happened in the case of Khurrana brothers. From the picture, we can witness the boys posing with beads necklaces and a unique kind of beard. This picture will definitely give you a throwback moment from Roadies when Ayushmann participated in it. During that period, he often used to wear rectangular glasses just as seen in the picture.

Aparshakti posted the picture on his Instagram account and captioned it as ‘My inspiration, my mentor my everything – My Sibling!! @ayushmannk #LatePost #WorldSiblingDay.’ Each one started praising the other one for their excellent work. Every time, the duo has each other’s backs that render the best support at any point in life. These brothers definitely give us some major sibling goals.