Shraddha Becomes The First Choice Of Filmmakers For Revive Franchise 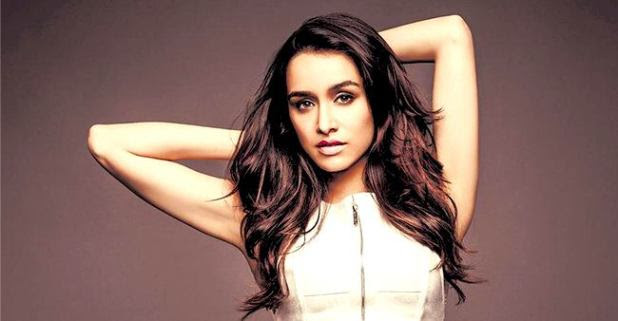 Bollywood actress Shraddha Kapoor after celebrating the success of horror-comedy Stree has become the favourite of filmmakers. She has been approached not only for a new horror- comedy genre but is also for the revive franchise. The actress has been seeing in various kind of roles. She turned a bubbly girl for Baaghi, professional dancer for ABCD 2, and girl-next-door for other films.

The actress has been basking more number of releases and is the only Bollywood girl who have been signed for sequels by the makers of the film. Currently, Shraddha is busy in the preparation for her role of a cop for her forthcoming crime thriller film Saaho which stars Prabhas in lead.

Shraddha is also the top choice of filmmakers for the dance films as she successfully pulled off variations of dancing skills like contemporary, hip-hop, locking and Popping in her film ABCD 2. So, she also roped in for the film Street dancer.

Talking about Saaho, Shraddha has told that “I am very excited about ‘Saaho’. It is challenging as I have to speak both in Hindi and Telugu.” The actress further said that “But, I am not learning Telugu as such. My director has not asked me to dub my dialogues in Telugu right now, but if he thinks I can do it appropriately, I will surely do my own dubbing.”

Apart from these projects, makers of Baaghi franchise see no one else other than Shraddha for casting in the third part of Baaghi. According to the makers, she is perfect to revive the franchise.

So, she has been finalized for the third installment of Baaghi. In short, the actress has all busy schedule. She has four films lined up in her kitty. She will be seen in Saaho, Street Dancer, and Baaghi 3. And her film Chhichhore in which the actress will play a college girl will be releasing this year.

The actress is also learning to play badminton. She has been practicing with badminton player Saina Nehwalas she roped into play Saina in her biopic. “I am doing Saina Nehwal biopic. I am learning badminton and the sport is just amazing,” she said.