Sara Ali Khan And Virat Kohli To Be Seen In An Ad Film Together! 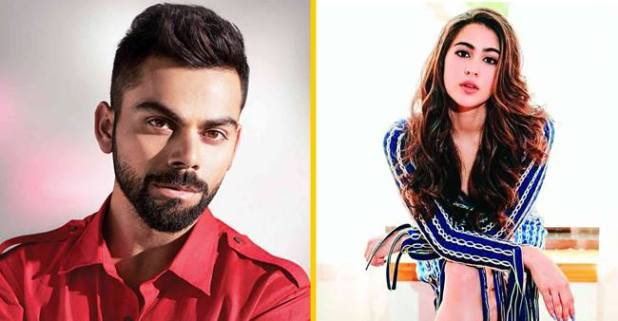 There are rumours making round the corners that Sara Ali Khan has bagged something big in her kitty. She has got an endorsement deal with a popular shoe brand and noticeable is it is also endorsed by Virat Kohli. Earlier, Disha Patani was endorsing this brand and reportedly, Sara has replaced Disha Patani. The brand hasn’t fired out Disha but it has been a mutual decision between the brand and the actress.

As per a source close to the development, “It was mutually decided between Disha and the brand officials that the contract would not be extended. So Disha moved on to Calvin Klein, and Puma started their hunt for a new face. Sara turned out to be a perfect fit because of her incredible fitness story – on Koffee With Karan, she had revealed her battle with poly cystic ovary syndrome (PCOS) and how she became fit with the right diet and regular workout. The brand’s marketing team is currently designing a campaign around this.”

While speaking about the ad in which Sara Ali Khan will be seen with Virat, the tabloid said, “If the first campaign does well, the brand officials are also keen to team her up with Virat Kohli for another commercial. However, it’s too early to talk about it.”

There is a wait for the official announcement which is yet to be made.

On the work front, Sara who has done two films is currently looking forward for Love Aaj Kal 2 with Kartik Aaryan for which they have wrapped up the schedule of Delhi. Then the actress has Coolie No. 1 opposite Varun Dhawan in her kitty.

On the personal front, Sara appeared in Koffee With Karan where she said she wants to date Kartik Aaryan. Talking about the same in Vogue’s April edition Sara said that “If you knew all the thoughts I have but don’t do anything about, I promise we would get over this KartikAaryan thing,” the magazine quoted her as saying. Wherever Sara goes, the question follows her.