Sania Mirza Shares The Feeling Of Being A New Mother 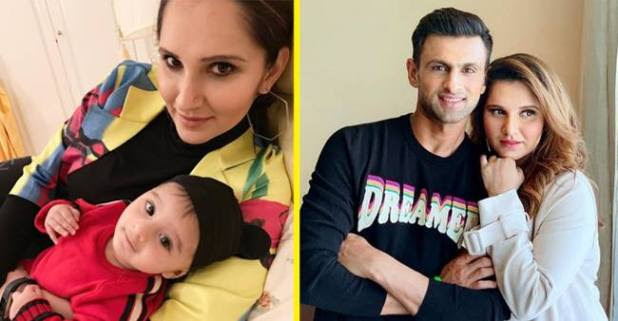 Star tennis player Sania Mirza is not only a wife of cricketer husband Shoaib Malik but also has given birth to a baby boy. She is on a break from the court but is trying hard to come back to the court very soon. She is currently enjoying the feeling of being a mother. The couple named their baby boy, Izhaan. Lately, Sania in an interview opened up about her achievements and the changes she has been experiencing post embracing motherhood.

Talking about her achievements, Sania had said, “I think to achieve anything you need to work relentless, no matter what happens. I think if you have to get to the top, you have to sacrifice, and commit and work and that is something which everybody does. If you are a woman there are certain hurdles. When I started playing tennis, there were not too many girls in sports, I probably had a few more bumps so to say, so yeah its been an incredible journey and all the hardships has only made me evolve as a better person and I wouldn’t change anything in my life even the hardships and nor the success.”

According to her, her biggest accomplishments are, “I mean I have had a career that has lasted over 15 years, so yeah! I Think finishing two years at number 1, winning Grand Slams, being 27 in the world in singles, and no 1 in doubles for almost two years which hasn’t been done by any man and woman in India before. For me, these are few of the achievements. Winning 13 medals for my country is also another thing which is extremely extremely satisfying.”

Opening up about embracing motherhood, the tennis player said, “A lot has changed after becoming a mother, your life changes, I think the whole focus becomes about the baby and prioritising the baby. Me as a working woman, I obviously want to get back to tennis, so I am trying to prioritise my time. it is the most selfless kind of love I have ever known, and it is the most amazing feeling I have ever had. My life has completely changed for better. Ya, Shoaib is also playing quite a lot and is travelling so he does help whenever he can.”