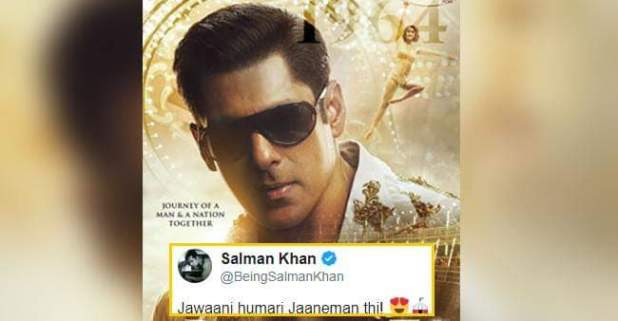 Salman Khan, the popular actor from Bollywood recently shared his second look from his next flick ‘Bharat’. Ali Abbas Zafar directed the film Bharat featuring Salman Khan and Katrina Kaif in the main lead roles. In recent times, Salman Khan took his Twitter handle to share his new look from the film Bharat. In the second look of the film’s poster, the actor looked stunningly handsome in his young look.

Bharat is the official remake of the Korean movie ‘An Ode to My Father.’ This film shows the Indian history and the life of a common man. The film shows the entire journey of Salman right from the age of 18 years to the age of 70 years. In this film, the actor will be seen in a total of 5 different looks.

The director Ali Abbas Zafar said in an interview, ‘It is important to show Salman in a different light as Indian cinema is changing and leaving a mark with every film is important.’ The filmmakers have scheduled to release the film this Eid.