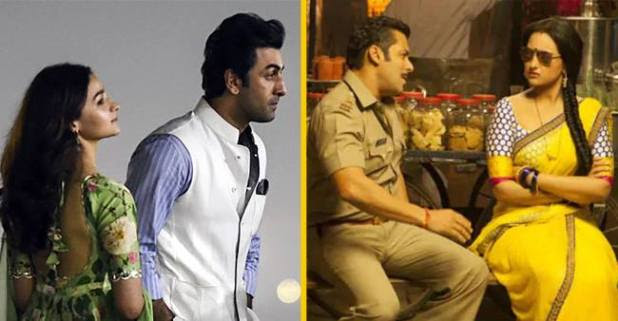 In a year there are only limited number of days but the number of films releasing is apparently more. It’s very common at the big screen that movies clashes. This year began with Vicky Kaushal Uri: The surgical strike clashing with The accidental Prime minister. Likewise, there were news going around that the most awaited movie of Ranbir Kapoor and Alia Bhatt starrer Brahmastra is going to clash with Salman Khan’s upcoming Dabangg 3.

Salman Khan had earlier announced the release of Dabangg 3 in December. Thus, there were news that Ayan Mukherjee directed movie

will have a clash with Dabangg 3 at big screen as Brahmastra was scheduled to have a Christmas weekend release and Salman’s December release movie also get released during that time only.

But, now it is being said that Ranbir and Alia’s sci-fi flick might get postponed. As the movies post production ka still going on, the VFX and other work might take long and the release date might get pushed.

“There is a more practical reason. If Brahmastra doesn’t release in December 2019, it will be mainly because its shooting is likely to go on till October. After this, the sci-fi thriller will get into post-production, which may take longer because the film is heavily dependent on VFX. In the past, every movie with heavy-duty visual effects, has had to keep a buffer period due to the nature of the work involved.” – a source had revealed to DNA.

Last month, there was a logo release for Brahmastra. However, the audience is still waiting to see teaser for the upcoming Ranbir Kapoor and Alia Bhatt film. Brahmastra also features megastar Amitabh Bachchan, Nagarjuna and Mouni Roy which is produced by Karan Johar’s Dharma Production.

Meanwhile, Salman Khan nowadays is busy with shooting of Dabangg 3. In this month earlier the actor was in Maheshwar, Madhya Pradesh shooting for the scenes of the film. Both the lead actors of movie  Salman Khan and Sonakshi Sinha nowadays  are shooting in the suburbs of Mumbai. However, the teaser of the film is yet to get released..