Ranveer Singh Ties His Belt For The Preparation Of 83 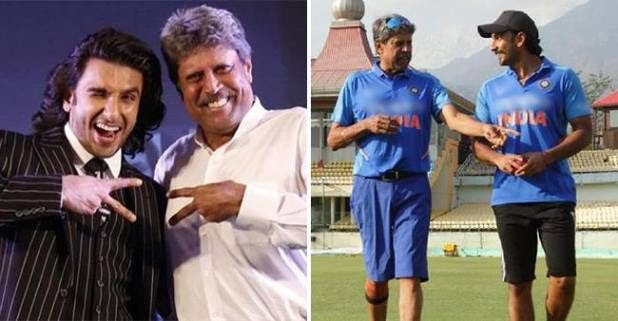 Ranveer Singh share a photo with Kapil Dev who was the legendary cricketer . Kapil Dev was the captain of India as he was the winner of world cup winning captain in 1983.

Ranveer Singh can share a photo with Kapil Dev when he was met with kapil dev in Dharamshala at the workshop  for his upcoming film ’83. It’s a first film where Indian fan was eagerly waiting where we see Ranveer  Singh who is Indian Bollywood actor with the famous cricketer named Kapil Dev. The name of film is ’83.

On the basis of 1983  world cup winning Indian cricket team . Kabir Khan set to merge personality of Ranveer  Singh with Kapil Dev in ’83. This film will show case the life and story of the legendary cricketer Kapil Dev who won the first Indian cricket world cup against West Indies at the lord stadium in England.

In Film 83 the music will become more important. It is a sport film so that the music in the 83 film will be motivational . In this film it contain motivating anthem as well as song of several mood in  the film. Ranveer Singh and other supporting actor in the  83 film was trained by previous Indian Cricketer Balvinder singh  sadhu.

The Indian leader Madan lal and Kapil Dev  are set to oversees the training session of the 83 film. Several Indian cricketers are also involved in this amazing sport film . We enjoyed a lot. It look like a boot camp. Everyone in the film 83 film put three hours a day.