No one except Shah Rukh Khan will do Don 3, Farhan Akhtar Opens Up On Ranveer Singh Replacing SRK 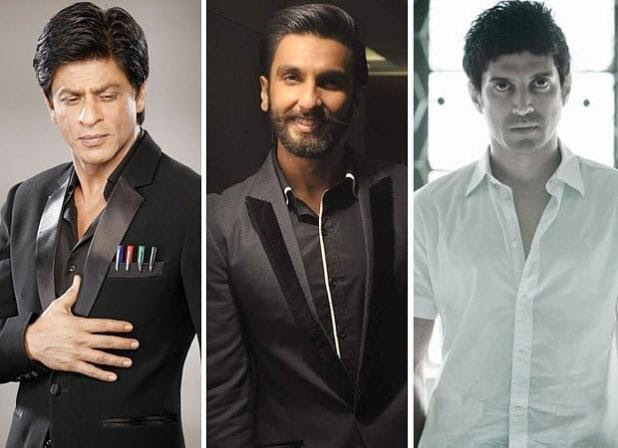 Earlier it is said that there is no fire without smoke. But, entertainment media proves it wrong. The media again did by creating a false news that Bollywood’s epitome of energy, Ranveer Singh would replace Shah Rukh Khan in the Don franchise. People associated with the franchise couldn’t stop laughing. However, others took the announcement seriously.

The filmmaker of the film denied to comment on it. As per a source close to Farhan, “Where did this come from? Ranveer Singh taking over Don? It sounds like an over-enthusiastic publicity gambit. No one except Shah Rukh Khan will do Don 3, if and when it happens. He is the face and brand ambassador of the franchise. Right now, Farhan doesn’t even have an idea for the plot in Don 3. People are jumping the gun in the hope that Farhan and Shah Rukh will react. Sorry, not happening,” said Farhan.

The actor, director, writer, producer and singer is currently busy in his upcoming film The Sky Is Pink which also stars Zaira Wasim and it also marks the comeback film of Priyanka Chopra. Before began the shooting of the film, the actor was on a year break.

A few months ago, in an interview, he was asked what keeps him going, to this, he responded,  “I guess, just enjoying what you do and always wanting more of that enjoyment, satisfaction, and putting something together, creatively — that gives me a lot of happiness. At the same time, it’s important to have a connect with the material that you’re working on, because it’s not just a job… It’s your passion and it makes you feel fortunate when people allow you to have that as a career. So, I don’t do it like,‘Oh, I should keep working because this is my job’. You have to be excited about what you do.”

On feeling directionless, the actor had said, “Oh yes, that does happen! This last year-and-a-half or two years, I haven’t shot a film until I, recently, started shooting for The Sky Is Pink. I feel that I needed a little bit of a break. I could feel fatigue setting in. I had been shooting non-stop from the time when I started shooting for Zindagi Na Milegi Dobara (2010). So, for six years, it was just back-to-back working on films, and I felt a little bit of a burnout happening.”