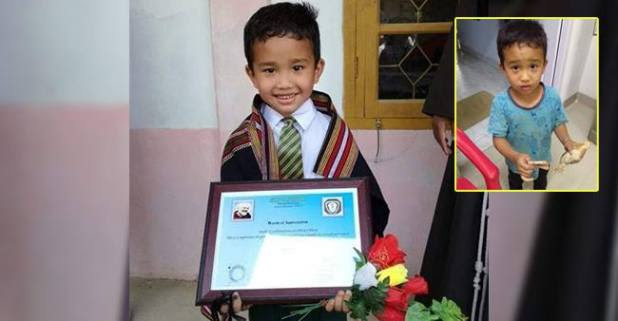 Kids’ having a big heart is quite common that we often witness in our society. Here is one such kid whose age is just 6 years who is from Mizoram. He has become quite popular for his great act on social media. Derek C Lalchhanhima is a 6 years kid who has shown his honesty and kindness towards an injured chicken. This small kid rushed an injured chicken to the hospital and saved it with his pocket money. 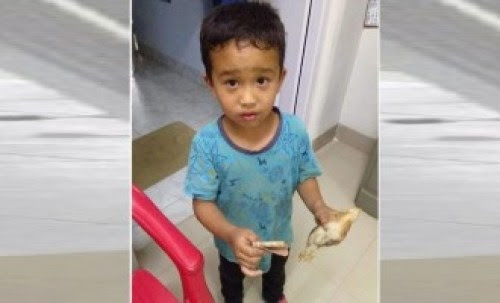 After knowing the incident, the school administration wherein Derek is studying rewarded him for his generous heart and nature. We can look at the small kid Derek holding a ‘Word of Appreciation’ Certificate with an innocent smile on his face. Sanga, the person who shared the picture of Derek on the social media says ‘He did not understand that the chick is dead and begged his parents to take it to the hospital.’

As per Reports: This young boy from Sairang, Mizoram, accidentally ran over his neighbour’s chicken. He took the…

His parents declined but, the kid himself rushed to the hospital. He had just Rs 10 in his pocket and went into the hospital holding the chicken in his hand. In the hospital, the nurse was truly astonished looking at the innocence of the kids and captured a picture of him. The father of this kid said that the body rushed home with the neighbor’s chick in his hand. But, the poor boy didn’t understand that it is already dead. Even then, he took it to the hospital with his tiny amount of money.

I guess by now you all know who this adorable kid is.Derek C Lalchhanhima (age 6) is being honoured by his school and…

This picture was posted on the media and captioned it as ‘This young boy from Sairang, Mizoram, accidentally ran over his neighbor’s chicken. He took the chicken, ran to a nearby hospital and with all the money he had, asked for help. (I’m laughing and crying all at the same time).’