Kangana Ranaut makes a donation of Rs 1 lakh to Aamir’s Paani foundation; urge others to help farmers too 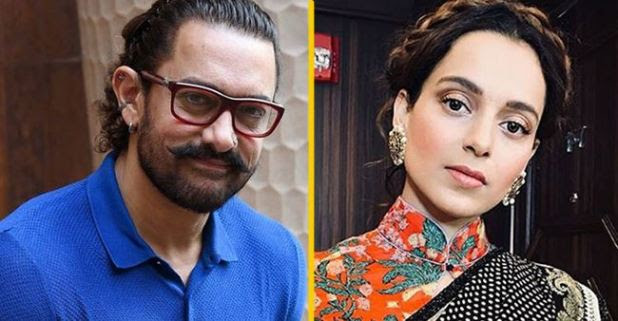 The actress has always tried to do something good for the society.

The two made donation of one lac and one thousand rupees, respectively, under the NGO’s Jalmitra movement.

Rangoli, Kangana’s personal manager and representative, who is quite active on social platforms, made a tweet and advocated others to support the big cause.

Kangana donated 1 lakh and I donated 1 thousand to https://t.co/HEwmJ8t9eX please donate whatever you can to help our farmers, it’s not charity, we have been unfair to them for way too long…(contd) pic.twitter.com/tZnMbyrMlj

In her tweet, Rangoli Chandel wrote, “Kangana donated 1 lakh and I donated 1 thousand tohttps://t.co/HEwmJ8t9eXplease donate whatever you can to help our farmers, it’s not charity, we have been unfair to them for way too long…(contd)”. “(Contd)…India got independence but still cruel British laws and policies weren’t changed to favour our farmers, we eat because of them, on this earth day let’s show our gratitude to Dhartiputras our dear farmers.”

In the year 2018, after the shocking floods, which hit Kerala really hard, the curled beauty had made donations to those who had been affected. She donated Rs 10 lakh towards Kerala CM’s distress relief fund.

She stated, “I want to urge to people of this country that in whichever capacity they can, they should contribute, even a small amount will make a difference to Kerala. To my people there, I want to say, the whole nation is praying for them and supports them. We feel their pain and sense of loss. And by the grace of God, they will be soon back to their glory.”

When we talk about the work projects, the actress will next be witnessed in Mental Hai Kya. The flick is produced under the banner of Ekta Kapoor and the film’s director is Prakash Kovelamudi. The movie also has multi talented star Rajkummar Rao, Amyra Dastur, Amrita Puri, Jimmy Shergill.

In addition, Bollywood badshah King Khan will have an extended character part in Mental Hai Kya.

The movie will hit theatres on June 21.