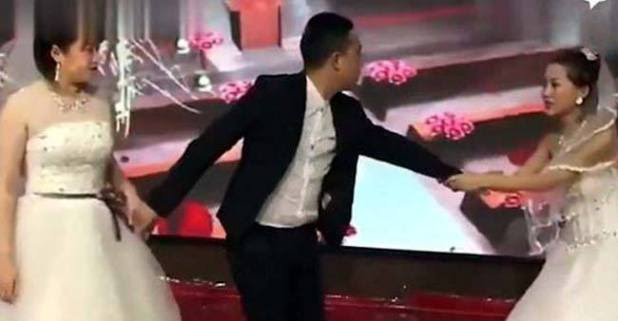 What the love can make a person to do! It can push a person to extend their limits and do what they never think of. The video of a Chinese woman is circulating in which she is seen ruining her ex-boyfriend’s wedding by appearing in the wedding in a bridal attire and pleading with him to take her back. She tried to ruin the actual girl’s wedding too. The ex of the groom was clinging to him, dangling from his arm and crying. She behaved like a child. 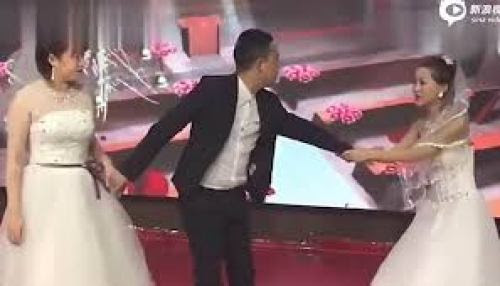 The real bride got completely stunned by watching her groom’s ex-lover doing all this. As his ex was grabbing him, dropping to his knees and yelling, “It’s my fault.” She was begging him to come back to her while the bride was watching everything in shock. 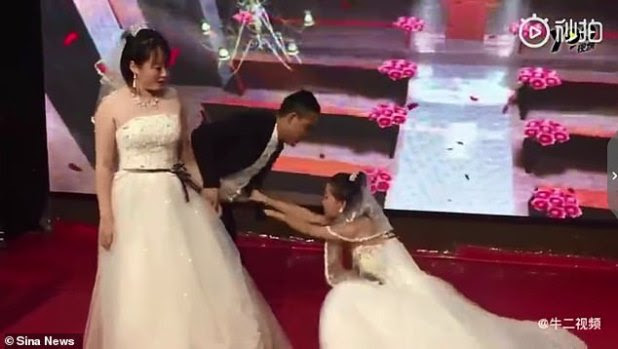 When the groom was about to kiss the bride on a stage then appeared his ex on the ceremony. Watching all this, the bride got angry and she left the ceremony in anger. It’s a 30 second video of a wedding in China.

As per the reports of Star Video, affiliated to Hunan Legal Channel, the groom parted away from his ex-girlfriend because their personalities were not matching yet too different. The ex of groom was begging him to forgive her and give her one more chance. The bride and the family of bride were completely shocked to see the appearance of the love rival. 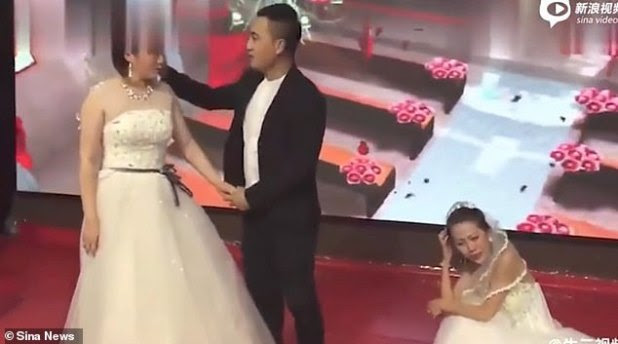 The MC tried to salvage the wedding at one point by quoting a famous proverb: “If you ask life what love is, it is to devote your life to someone else.”

During the entire drama, the groom was trying his best to console the bride, but she shook off his hands and walked off the stage.

The people come forward in support of the bride and they are condemning the act of unreasonable ex-girlfriend.

“Do not destroy other’s relationship to satisfy your own obsession.”

“This is exactly why you can’t be friends with an ex.”

“This is more than inappropriate. From the stand point of the bride, how could the wedding carry on?”

However, nothing worked for the bride. Neither the philosophical sentence of the MC nor the comments of Weiboers make the newlyweds feel better. Exactly the same thing happened at a South African wedding just a few days ago.