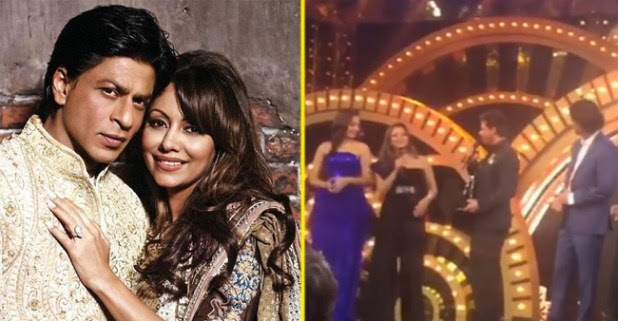 Shah Rukh Khan and his wife Gauri Khan are one of the strongest couple of B-town. It’s been 27 years since they have been married and they always stand strong for each other. They never fails to define what true love really is.

Lately, the power couple received the Most Stylish Couple Award in an event held in Mumbai last week. In her acceptance speech, Gauri shared a secret about her husband Shah Rukh to his fans present there. But, later she shared the video of the same on Instagram for his remaining fans. In the video, Gauri can be seen sharing the details of Shah Rukh’s dressing routine.

She stated that ”For someone who’s claiming that he has got nothing to do with style, I just have to tell you a little secret – whenever we are going out or stepping out for a party, I am usually out in 20 minutes, ready and perfectly on time, and he takes, maybe two or three hours,” she said it revealing her husband’s dressing routine which takes hours to be done.

She added further, ”So, tonight I made a special effort and I took two-three hours and I think he took six.”

Before Gauri could complete, Shah Rukh Khan quickly intervened by saying: “And I think you are looking very stunning!” She shared the videos with the caption: “An enjoyable evening… celebrated in style.”

The couple tied the knot in the year 1991 and are proud parents to three children – AbRam, Suhana and little Aryan. Shah Rukh who chose the path of acting, Gauri has made her career in a celebrity interior designer and a film producer.

Talking about the work front, Shah Rukh Khan has a biopic on astronaut Rakesh Sharma, titled Saare Jahan se Achha, in the pipeline for which he is to start work.

Shah Rukh once asked about the best thing about having a companion for life? To this, he said, It’s the nicest feeling of security for any man. If you are compatible with each other then you will be able to create space for each other at the same time.