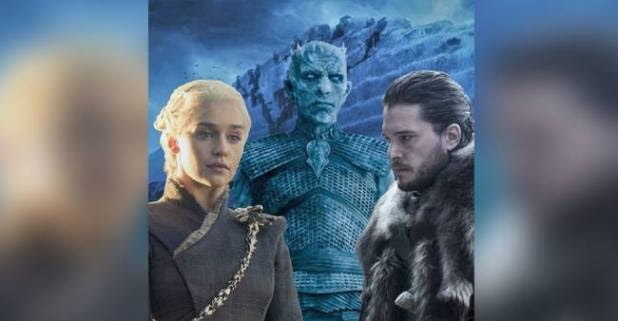 The much-awaited premiere episode of Game of Thrones final season 8 aired on Monday in the morning. All the GoT lovers waited for so long time for about 1 and a half years for this season. HBO Television network recently disclosed the statistics and revealed that the premiere episode of GoT acquired 17.4 million viewers on Sunday night itself.

In the year 2017, this network aired the premiere of Season 7 in the month of July. Compared to the previous season, the latest episode from season 8 surpassed the margin of 1.3 million. Every lover of GoT was highly mesmerized by the final episode of the previous season and acquired 16.8 million viewers which were the biggest rating for the series.

Now, that particular record has been shattered by the new season’s episode on HBO. The latest episode comes with the title ‘Winterfell.’ In the latest episode of the final season of Game of Thrones, the makers have scheduled to air on 20th May 2019 at 6.30 AM. Since the show has turned out to become the much-anticipated thing in the pop culture, everyone is attracted towards watching Game of Thrones.

Watch the preview of the upcoming episode of Game of Thrones final episode. From the video, we can witness Kingslayer Jaime Lannister moving to Winterfell and confronting Daenerys Targaryen whose father, the Mad King. He had put an end to his life at the time of the rebellion of Robert.

Game of Thrones is a popular Television show originally started based on the novel series ‘A Song of Ice and Fire’ written by George R.R. Martin. David Benioff and DB Weiss created this exceptional TV series with numerous seasons and episodes. On 17th April 2011, the network executives have aired the pilot episode of this show that came with a title ‘winter is coming’ which is exactly 8 years back.