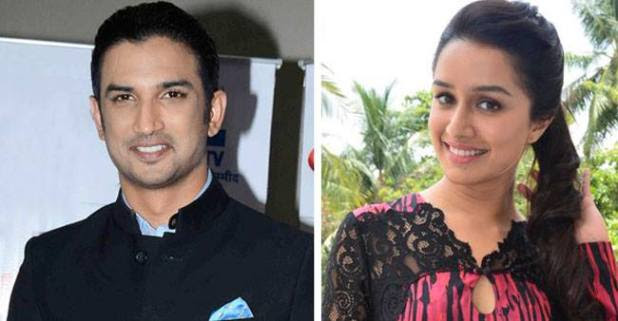 Shraddha Kapoor and Sushant Singh Rajput starrer Chhichhore has successfully wrapped up its shoot and is in its post-production stage.  The movie will hit the screens in four months time.  Recently, a video from the sets of the movie did round in the internet which is very hilarious.  The video is the behind the scenes of the flick and it has everything you must see today.

The video was shared through the Twitter account of the Fox Star Hindi.  It is a behind the scene video in which we can see the names of the characters in the film.  The video showcases the actors along with the team of the flick discussing the names of the characters with total fun.  The video was shared with a humorous caption that read, “One part drama, two parts love. Here’s Team #Chhichhore indulging in Chhichhorapanti! #4MonthsToChhichhore”

Afore, the makers of the flick disclosed the names and nicknames of all the characters of the ensemble cast of Chhichhore.  Looking at the pictures and funny BTS videos we guess it is a total youth-centric rom-com movie.  The movie is all set to hit the screens on August 30, 2010.  All of fans of the main leads are eagerly waiting for the movie release as the pictures and BTS videos are raising the expectations of the common audience.

Also, the female lead of the flick, Shraddha Kapoor shared a heart-touching note as soon as the shooting of the flick wrapped up.  She wrote, “CHHICHHORE GRADUATES! Film wrap on #Chhichhore! Mixed feelings. What an incredible journey this has been!!! It’s been a dream to work with Nitesh sir & the entire team. Such precious memories. An experience of a lifetime. Going to cherish this forever!”

Coming to the professional front, Shraddha will be seen in multiple interesting projects in the coming future.  She has signed to do a film with Remo D’Souza’s titled Street Dancer 3D.  She has also signed for her first ever South Indian project titled Sahoo opposite Bahubali fame Prabhas.