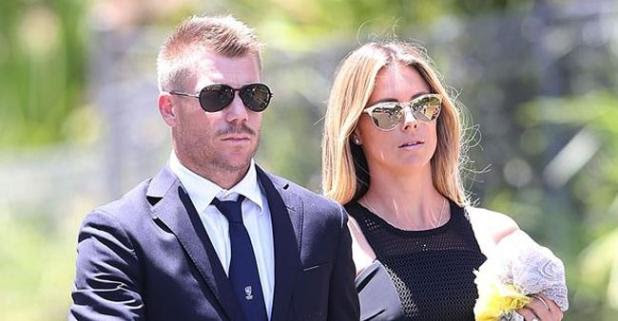 David Warner, the opening batsman of Australia is called a family man. He is the head of a small family including his two kids and an extremely beautiful wife. The 32-year-old cricketer never shies away from expressing his love for his family. Currently, the cricketer is playing IPL and playing from the Sun risers Hyderabad. He was the opening batsman who scored an unbeaten 100 off 55 and contributed i  the team’s big total of 231 at the RGI Stadium in Hyderabad.

David Warner and Jonny Bairstow (114 off 56) opened from Sunrisers Hyderabad and guided the team to a 118-run victory over the Royal Challengers Bangalore (RCB), Virat Kohli’s team. Not only in this match, but in the first two matches also, the cricketer churned out useful knocks to mark his return to the Indian Premiere League.

His performance points towards his hunger for performing in IPL. BCCI had banned David Warner in the 11th edition of the IPL due to the Sandpapergate incident, so he couldn’t participate in that IPL. However, the Board of Control for Cricket then (BCCI) decided to add the reciprocative measure taken over him.

Fans were supporting Warner in the match and they had been thanked by Warner’s wife. Warner and his wife iron woman Candice Falzon were married  in April 2015 and are proud parents of two kids. Their first child took birth on 11 September 2014 who they named Ivy Mae. Their second child took birth on on 14 January 2016 and they named her Indi Rae. In 2016, the cricketer was named Australian Sports Dad of the Year. However, the couple lost their third child due to Candice’s miscarriage. It was the time when Warner was going through a series of unfortunate events such as the ball-tampering saga at the Newlands.

At that time, Warner suffered two loses. One is losing the child and second is being suspended from top-level cricket. The pain of losses reflected in his performance for the Sunrisers Hyderabad. He scored 254 runs at an incredible average of 127.00 and strike-rate of 175.17 in three matches till date in the IPL 2019.

Words cannot begin to describe how proud I am of this man. @davidwarner31 you have never stop believing. Congratulations on 100 tonight. And to all the @sunrisershyd fans for all the support you have shown David and my family, thank you. See you in Hyderabad soon. X #orangearmy pic.twitter.com/gDSu1Ge485

To praise her husband, Warner’s wife took to her Twitter and write how proud she is of her ‘man’ and she also thanked the fans of the SRH team.