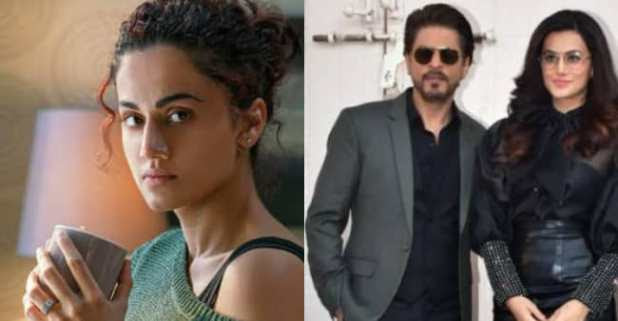 Shah Rukh Khan’s production Badla is running successfully at the box office and the movie just completed its 50 days run.  The movie has survived greatly despite big foreign releases amidst.  It has come face-to-face with movies like Captain Marvel and Avengers: Endgame.  Taapsee Pannu and Amitabh Bachchan starrer Badla did well at the box office.  Being a low budget movie the movie gained the attention from the moviegoers.  The movie received positive word of mouth which helped it attain the unexpected success.

From Captain Marvel to Avengers…..
We survived ! #50DaysOfBadla

The crime thriller has won the appreciation from wide range of audience for its interesting storyline.  The leading lady of the movie, Taapsee Pannu is pretty happy about the movies success and shared her happiness through Twitter via a post.  She wrote, “From Captain Marvel to Avengers…..We survived ! #50DaysOfBadla”

Thk u everyone for giving so much love to Badla. Congratulations to the whole team & especially @SrBachchan @taapsee @sujoy_g on 50 Days! pic.twitter.com/Ag2SeCn4Jh

The movie was just made on a budget of 50 crores and now has crossed 100 crore mark at the box office.  The movie was bankrolled by Gauri Khan through Red Chilles Entertainment.  Other than Taapsee, Shah Rukh Khan too took to Twitter to congratulate the team of Badla.  He took to Twitter and wrote,“Thk u everyone for giving so much love to Badla. Congratulations to the whole team & especially @SrBachchan  @taapsee  @sujoy_g on 50 Days!”

Badla is an official remake of Spanish film The Invisible Guest released back in 2017.  The movie is an investigation drama where Amitabh Bachchan was seen in the role of a lawyer while Taapsee was seen as a business woman wherein Taapsee claims that she is being framed wrongly for the murder of her lover.  Amitabh will be in quest to unravel the truth behind the death of Taapsee’s lover in the flick.  The movie also features Amrita Singh, Tony Luke and Manav Kaul.

The movie is a joint venture of Red Chillies Entertainment and Azure Entertainmen.  The movie is directed by Sujoy Gosh.  For the uninitiated, earlier Amitabh Bachchan and Taapsee acted in a movie named Pink, which also received critical acclaim.  Even in the film Pink Amitabh played the role of a lawyer.