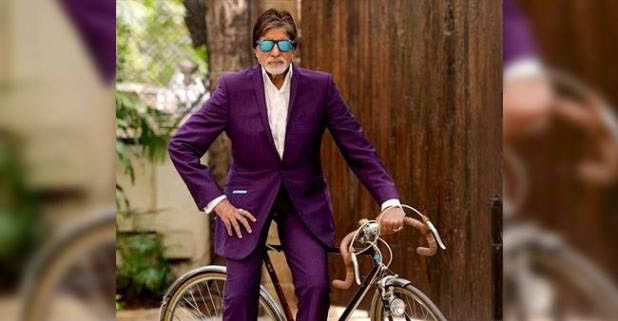 Well known personality Amitabh Bachchan makes his presence felt all over social platform over and over again with his challenging and special posts.

But in recent times, the superstar took to Facebook, urging humane handling of Kalpana, a 40-year-old elephant, who has spent her complete life in custody.

For this special post, the actor is being praised all over the web.

Super star of Bollywood has drawn attention towards the troubles of elephants in the nation who are sufferers of unkind commercial abuse by sharing a special post on how the elephant Kalpana’s forty-year-torment came to an end when Wildlife SOS took the elephant under its wings.

Amitabh wrote on the social platform how Kalpana, who is sightless and weak, was being handled at the Wildlife SOS hospital, in the city of Mathura.

In his post, he wrote, “These elephants are mostly blind, lame, live in isolation and suffer extreme stress and abuse. They are trained using spears, spiked chains and bull hooks that instill severe pain and fear to break the animals’ spirit. To ensure an elephant can give tourists rides, they are beaten almost every day.”

His special post bagged supports from all around the world and Wildlife SOS showed high regard towards Big B for coming out in favor of Kalpana.

In a message, Wildlife SOS wrote, “In a generous act of kindness and compassion, the actor wrote in support of Kalpana, a begging elephant, who was rescued from captivity.”

Kalpana’s tale symbolizes the life of almost 2,500 elephants in the country who are living a terrible life in detention in circuses, holy places and being subjected to mistreatment by possessors who make use of them to provide joy rides to travelers or kids.