Alia Bhatt and Varun Dhawan gets candid in a chat show; gives interesting bios to the Bollywood A-listers 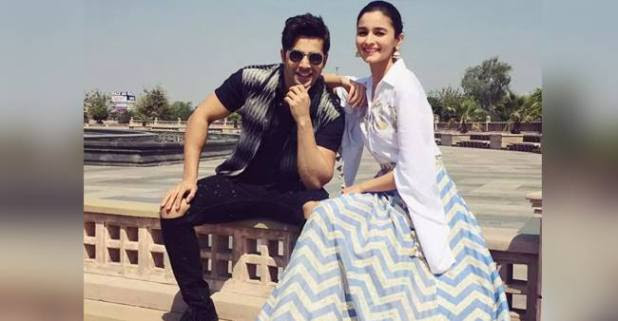 Alia Bhatt and Varun Dhawan are currently engaged in promoting their upcoming movie Kalank.  The actors who were paired in three films earlier paired opposite each other once again. They recently participated in an interview together and gave interesting answers to bios of few B-town A-listers.  The actors appeared on a chat show Getting Chatty with Katty and came up with funny bios for their buddies.

When asked to describe Ranbir Kapoor, who is rumored to be in a relationship with Alia Bhatt, she said ‘Nadan Parinda’.  Varun gave Disha Patani ‘Splitvila’ as she is very good at doing split.  Both the actors called Shah Rukh Khan as ‘King’ in his bio.  When asked about her Gully Boy co-star Ranveer Singh, Alia called him ‘Baba’ while Varun gave an extension to it and said ‘Budweiser Baba’.

When the two were asked about their mutual friend Katrina Kaif to name in her bio, they called her ‘The real Katty K’.  Nevertheless they took a rude way to name their Kalank co-star Aditya Roy Kapur.  They described him as ‘A dear one/nanha sishu’.  They called Arjun Kapoor ‘Mr Know How’.  Arjun is called so because he is said to know almost everything in the world.  Alia went ahead and called him, “he is part of the Big Bang Theory”.

When Deepika Padukone name was taken by the host of the chat show, they both came up with different descriptions.  Varun gave a very decent answer and wanted to write ‘Deepika Singh Padukone’ in her bio.  However Alia want to give her the title song ‘Tu Cheez Badi Hai Mast Mast’ as per bio.  When asked to give a bio to Big B Amitabh Bachchan, the two agreed to call him ‘G.O.A.T (Greatest of All Time).

Coming to the work front, Varun and Alia play Zafar and Roop in Kalank.  The movie is a love story set in 1940s.  The movie is being directed by Abhishek Verman who earlier directed 2 States. The movie also features Sonakshi Sinha, Aditya Roy Kapur, Sanjay Dutt and Madhuri Dixit.