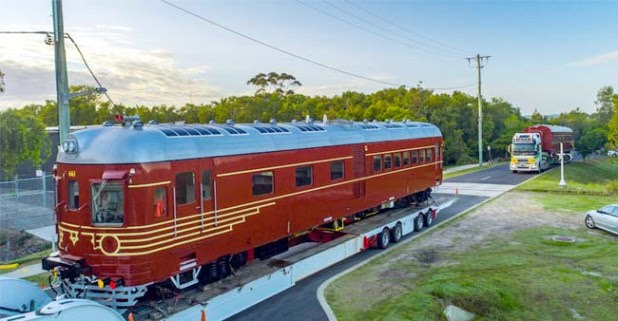 A Byron Bay train company has made a train which is 100 percent powered by Solar energy, which is the world’s first for the transportation sector.

About the train, the Australian company has brought up with the first edition in the transportation sector. The Byron Bay Railroad Company has used a 70-year-old stretch of track, 3 kilometers in the town of Byron Bay.

On the Railway’s website, it was stated as “Our original intention was to get the train up and running as a diesel service prior to converting to solar power. However, with the accelerated development of technology in this area, it became technically feasible to convert the train prior to its first run in Byron Bay. The conversion is being undertaken now at the Lithgow Railway Workshop.”

“The solar charged batteries are designed to operate all systems including traction power, lighting, control circuits, and air compressors. We understand this to be a world first.”

“The custom-designed curved solar panels on the roof of the train combined with the solar array on the storage shed roof generate sufficient energy to power the train. The regenerative (“regen”) braking system recovers around 25% of the spent energy each time the brakes are applied.”

This information is taken from Byron Bay Train official website.