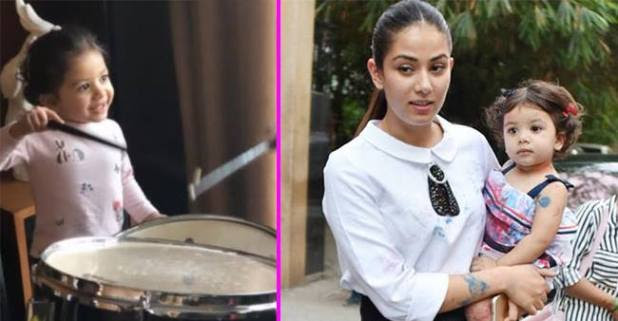 A baby girl with her birth brightens up the life of her parents. Bollywood actor Shahid Kapoor’s life also got brightened up with the birth of his daughter Misha. She took birth on August 26, 2016 and since then Shahid becomes a hands on dad for her. Once Shahid had said: “Now, I don’t feel like leaving home, and that’s a new feeling for me. I can spend the whole day at home with Misha and Mira, and that in itself is a day well spent. This thought never resonated with my personality before. So that’s a big change for me.”

Recently, Misha’s mommy dear Mira Kapoor posted a picture of her daughter with a friend’s kid. In the picture, Misha can be seen playing drums and tinkering her rock star skills.

Take a look at the picture below: 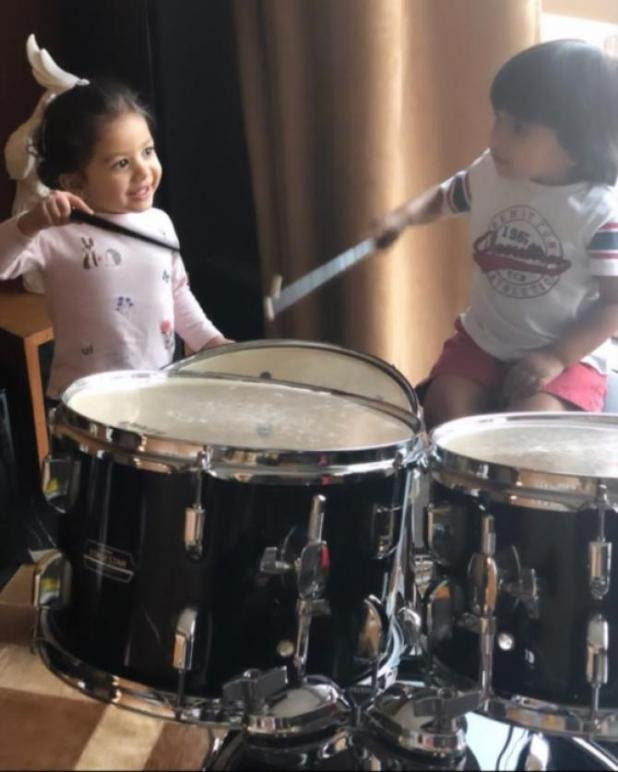 Earlier, talking to a media portal, Shahid had said, “Whenever we meet someone who also has a three or four-month-old baby, I go ahead and say, ‘Misha bhaiya ko hello bolo (laughs) [Misha, say hello to your elder brother]’. So I’m quite crappy like that. Mira abhi se chalu ho gaya hai.”

While Mira had revealed, “Shahid is an extremely loving and supportive husband. It comes naturally to him. The smallest things he does make me smile and feel so loved, like when I wake him up in the middle of the night with a foot cramp and he soothes it.”

Shahid in a talk with Filmfare editor, Jitesh Pillai on his show had said, “It was a lovely evening and light was falling on her face. She just turned towards me and smiled and said something. I was like she is so young but I like her, I thought if something is wrong with me.”

While talking about marrying to Mira, the actor had said, “Mira and I never dated. We just met three to four times and decided to get married. I was about to start shooting for Udta Punjab when I met first met Mira. I remember I went to her house for the first time and I was in the Tommy zone.”