Sameera Reddy expecting her second baby, she messaged to her baby is worth reading 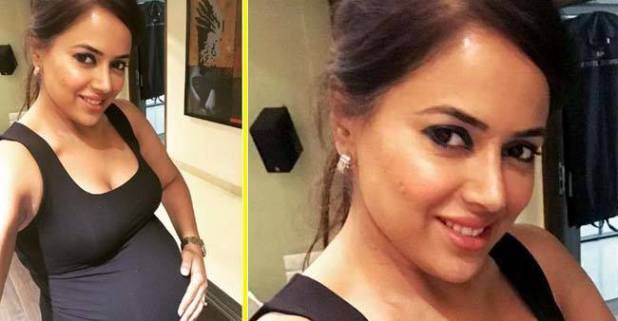 Bollywood actress Sameera Reddy, who also marked her appearance on Tamil Cinema world with Gautham Vasudev Menon’s film Vaaranm Aayiram in the major role. She has garnered a lot of praise in Tamil Nadu with the role of Meghna. Also, she got roles in films like Nadunissi Naaygal, Vedi and Vettai. The actress simultaneously worked in Bollywood.

The actress went on a sabbatical in the year 2013 and later entered the wedlock with businessman Akshai Varde. The couple had a son in 2015. Now the actress is expecting another baby and is overwhelmed with the feeling of motherhood.

The actress constantly put her pictures flaunting her baby bump along with her younger son and wrote, “My First photo shoot with my son for ELLE magazine. Elle India you guys really made it so special. Hans has a blast with the all-girls crew.”

Another picture of her that has Sameera in a black dress showing her baby bump is beautiful, the actress wrote down a special message to her baby which could be read as, “Message to my baby Kind heart, fierce mind, brave spirit! (sic)”

The actress is getting a good response for her post and definitely, we are in love with the picture. Even netizens are praising her looks and she is completely slaying in the black attire.

She was asked about the same in an interview and the actress said, “I want to ask a very important question: ‘Where did all of you (trolls) come from?’ Everyone came out of their mom only, no? It is shameful (to troll)… because it is a natural process. It is so beautiful and amazing. There are sexy ones like Kareena, who come out of it pretty hot and there are people like me, who take time.”