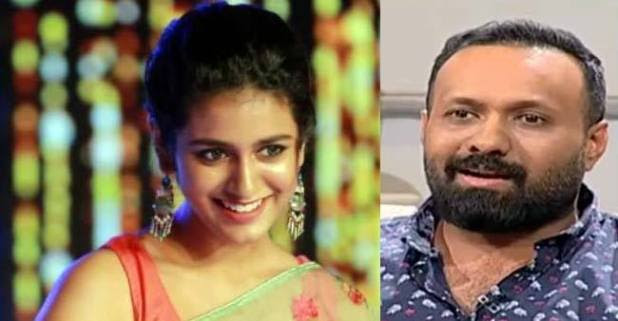 Just a few days ago, Omar Lulu, the director of ‘Oru Adaar Love’ spilled beans on his equation with the young star, Priya PrakashVarrier, and said the actress has changed with the success in her life.

“When this song became a huge hit, I insisted the producer that the film should be made with good quality. At this moment, producers of both the Malayalam and Telugu versions asked me to make the movie with Priya Prakash in the lead. Earlier, the theme of the movie was very different. Initial storyline of the movie was about a young couple who gets murdered. But things did not work, as producers asked me to make a movie in a different manner by highlighting Priya,” said Omar Lulu in an interview with Kairali TV.

“Initially, I agreed to make the movie with Priya in the lead, but when I changed the storyline, I had a clash with the producer, and as a result, he has not paid me the sum of dub rights,” he added.

Now, Priya has given a befitting response to Omar Lulu has gon been taken in the wrong direction as social media users, are now bad mouthing on her Instagram page. Netizens are calling Priya Prakash, a Hollywood actress, and also stated that Noorin Sherif, Priya’s co-star in ‘Oru Adaar Love’ is much talented than her.

She has shared a picture where the actress captioned her post as, “Scarred yet strong”

What do you have to say about the south star, give your thoughts through your comments…