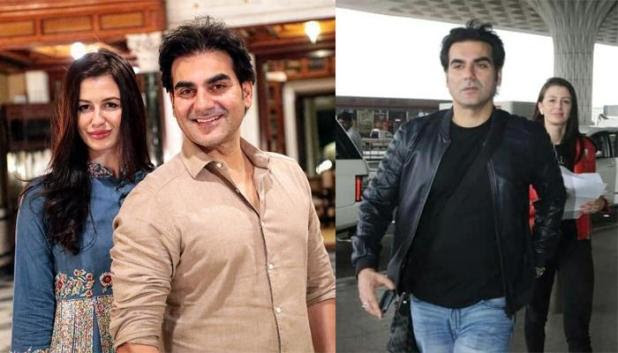 On the other hand, Malaika connected with the popular actor Arjun Kapoor. Arbaaz Khan made a confirmation about their relationship. He said, ‘If I had to hide my affair, I would not have brought it in open. I unhesitatingly admit that Georgia is there in my life at this point in time. Somebody who I have at his time in my life is a friend who I am also dating. Where it is going to go? Only time will tell. Yes, undoubtedly, we are together.’

As of now, Arbaaz Khan is hosting a new show on YouTube i.e., ‘Pinch with Arbaaz Khan’. Already, the show concept has spread across social media platforms. We have already seen some of the promos of this show wherein the popular Bollywood couples have shown their reactions after reading the trolls and comments by their fans and followers.

Arbaaz Khan posted a video and captioned it as ‘Watch Karan Johar have a no holds barred conversation on how he deals with the insensitivity of trollers only on Pinch by Arbaaz Khan on @quplaytv.’ The thing that caught the attention of every individual is the reaction of his ex-wife Malaika Arora. She double tapped the video and liked it on Instagram. Check out the screenshot of it given below: 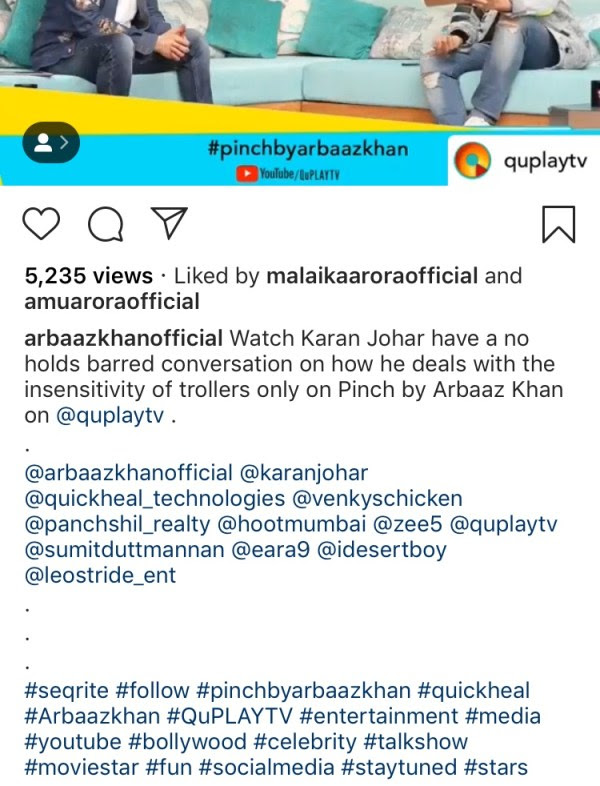 At the time of launching this show, Arbaaz was asked whether he would invite his ex-wife to the show or not. He then said, ‘I don’t want to make any random and stray comments. Different opinions prevail, let’s see how it works.’ On the other hand, Malaika said that she took divorce from Arbaaz as he failed to give her any kind of financial stability. Even after the divorce, Malaika doesn’t have any problem with the meeting of his son and Arbaaz.