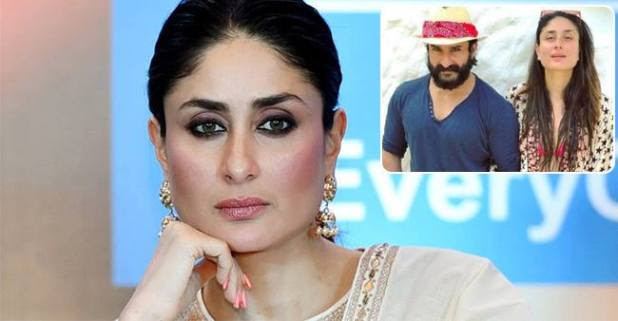 Kareena Kapoor Khan, the actress is bold enough to shut many mouths. With her befitting response to her blunt statements, the Nawabi Dulhan is ready to make us go starstruck with every deed of her. From normal physique to zero size figure to again gaining double weight and finally turning to diva, Kareena has gone through many transformations.

Recently, the 38-year-old actress went straight forward when Kareena was on Arbaaz Khan’s chat show Pinch. She was slammed by a social media user who went pessimistic for the actress and wrote down “Go to hell Saif Ali Khan, you not a shame to let your f******( speaking ill) wife wearing a swimsuit(sic).”

“If I am wearing such attire, then obviously there’s a reason I am wearing it. I am taking a dip,” she added.

Even Kareena made revelations on Koffee With Karan, she revealed that he popped the question in Greece during the shooting of their film, Tashan after the shoot of Chaliya song.

“We were shooting for Chhaliya Chhaliya. He stayed back for the shoot because it was my song. He just woke up one morning and he was like, ‘Listen, let’s get married. I want to marry you. Let’s just go to a church and do it right here.’ I was like, ‘Are you mad?’ He said, ‘I don’t care. Let’s do it. I want to marry you and spend my life with you. And I can’t see it any other way.’ And I just realized that this is it,” she said.

Keep reading along with us.