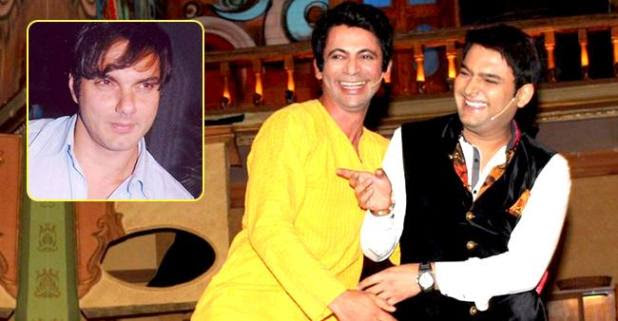 Burying the hatchet, the old amiable friends Sunil Grover and Kapil Sharma recently had a meeting at Sohail Khan’s bash and media is aware of the fact. After Sunil left the popular comedy show the two have been in news since 2017. The fans of both the comedians were eagerly waiting for their settling down and finally, it has happened and the two are very much happy doing their respective choices of profession.

Well, today we have something really surprising from the inside story of the friends meeting. Let’s take a sneak peek to this bulletin.

An inside source has given the information that “while Sunil and Kapil did exchange pleasantries, they did not talk much as there was nothing more to talk between them. They sat in different corners and remained cordial. In fact, contrary to speculations of Salman Khan trying to make them talk, the source added that Salman met the duo separately and by the time Salman met Sunil, Kapil had already left the bash. So, in all capacity, the two never really crossed path post the warm pleasantries”.

Recently Kapil Sharma talked about his profession and said, “Whenever I used to go to see a girl, her parents asked me about my career to which I reverted saying that I am a comedian. I have always got weird replies like, being a comedian is fine, but what do you do to earn money?’ And this was the reason I have always been rejected for marriages as everybody thought this art of mine cannot make me earn bread and butter for my family,” he confessed in the Kapil Sharma Show.

For more updates on the same, stay tuned with us.