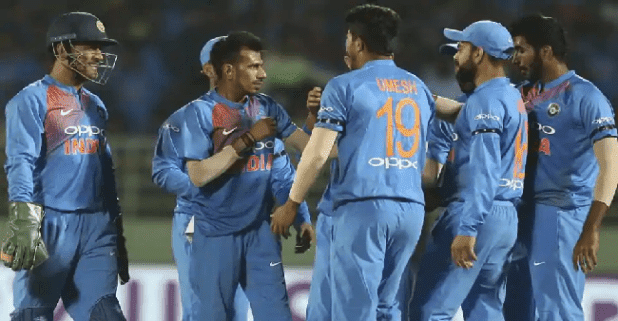 The ongoing series of India and Australia have engaged us again, and it makes us remember the earlier series that was played in Australia. Today the first ODI between the two nations was held in Rajiv Gandhi International Stadium, and India’s victory in the first ODI has made another proud moment for the nation.

Today on 2nd of March, the first ODI out of 5 matches was played at Hyderabad and Australia went for batting after winning the toss. The team managed to make 236 runs losing a total of 7 wickets in 50 overs, while India in return made 240 runs in 48.2 overs and emerged triumphant in the initial ODI match.

The former great was thrilled to see @imVkohli‘s beautiful wristwork. Don’t miss his commentary on this one

While among the Kiwis, Usman Khawaja made 50 while Glenn Maxwell made 40 runs in total, whereas among our men in the blue team, Kedar Jadhav made whopping 81 runs and former captain cool Mahi hit 59 runs in the match-winning game.

Meanwhile, the next ODI will be played on the 5th of March and we wish our Indian team ‘Break A Leg!’ again.