Historic moment for Nation, Abhinandan to WC Abhinandan for bravery he produce Infront of the World 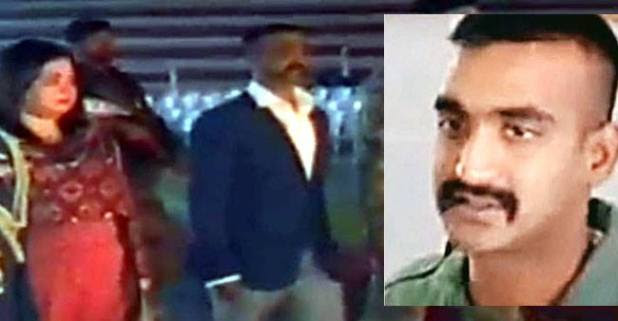 Abhinandan has reached to his motherland and we are overwhelmed with this bulletin. The IAF Wing Commander Abhinandan Varthman returned at the Wagah Attari border after staying for more than two days in Pakistan during the sensitive aerial fight.

Dear Wing Commander Abhinandan, entire nation is proud of your courage and valour.

India is glad to have you back.

May you continue to serve the nation and IAF with unparalleled passion and dedication. Best wishes for your bright future.

The huge crowd of media and journalists have been gathered at the Attari border which is the separation of India and Pakistan. The entire Indians are stuck to watch all the news and updates regarding his return to India. It all began when Pakistan’s Prime Minister Imran Khan announced in parliament that they will release him as a gesture of peace.

#Abhinandancomingback. As much as he Ha praised professionalism of #PakistanArmy, I wud appreciate #Abhinanadan for sticking to his view after going to India like I real gentlemen! #PakistanLeadsWithPeace pic.twitter.com/8oSLZDO5Tm

Earlier Pakistan’s Foreign Office on Friday made an announcement for the returning of IAF Wing Commander Abhinandan Varthaman but they have called him as ‘Prisoner of war'(POW). Recently in a statement issued after the pilot flew over from Wagah-Attari Border, the FO said,” While in captivity, he was treated with dignity and in line with international law.”

And Finally Aatishbaazi Begins At Our Hometown !!

Even Deputy Commissioner of Amritsar Shiv Dular Dhillon said that IAF Wing Commander left 10 minutes back, “We didn’t ask the Pakistani authorities the reason for the delay,” he added in his statement.