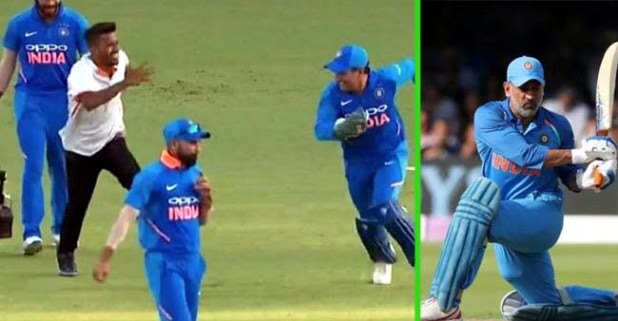 MS Dhoni is considered as one of the best cricketers in the world.  He has a huge fan base all across the globe. The former Indian captain throws magic spill on the cricket lovers with his unique style of bating.  The top batsman was recently chased down by his fan in the second ODI between India and Australia. The match was held in VCA stadium in Nagpur on Tuesday.  It was quite a site to watch how the fan chased down MS Dhoni. 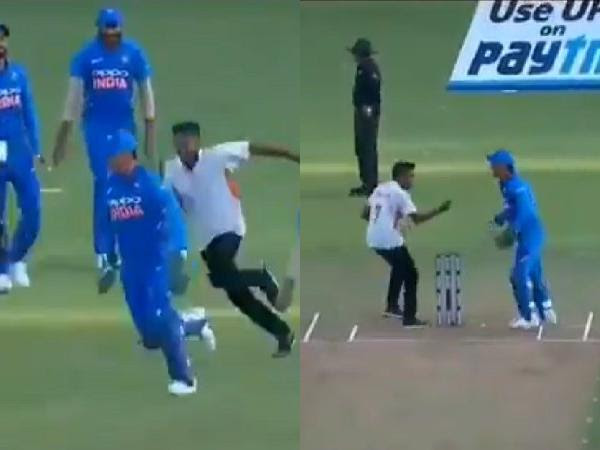 Dhoni has a huge success history as a captain.  His achievements are way too astounding. Irrespective of the place he plays, he is always the one to receive lots of love from the audience.  On Tuesday while the second ODI is going on between India and Australia, a fan came running into the pitch to meet Dhoni and shake his hand before asking for a hug. 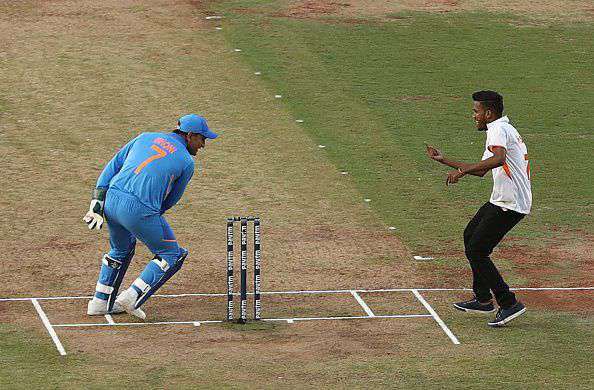 The fan ran into the pitch before the second innings started.  Indian team started the second innings with Australia after making 250 runs in the first innings.  The fan first shook hands with Ambati Rayudu before shaking hand with Dhoni. Dhoni noticed the fan coming towards him and hit behind Rohit Sharma to play around with him and later ran towards the stumps.  The fan, however, failed to catch the speed of the former captain running around the stumps.

Video: None can get hold of Dhoni, on the field or off the field. Call him elusive or lightning fast #Dhoni #INDvAUS @msdhoni

Players enjoy the chase of Dhoni’s fan in the pitch

Captain Virat Kohli was amused to watch the scene and tried to stop the fan by getting hold of him, but the fan didn’t give the skipper a chance to chase after him.  Meanwhile, other players in the field enjoyed watching the scene. Dhoni was seen quite playful in the pitch and it was appreciated by the players as well as the audience.  The fan however finally got hold of the former skipper as he stopped near the stumps. He went to Dhoni and shook his hands and took a tight hug.after which he left the field.

This cute stunt of Dhoni and his fan on the field gave rise to positive discussions on the social media platforms.  Coming to the game, Dhoni recorded four half-centuries against Australia in four ODI’s until Tuesday this year. Dhoni lost his wicket to Usman Khawaja in the bowling of Adam Zampa.