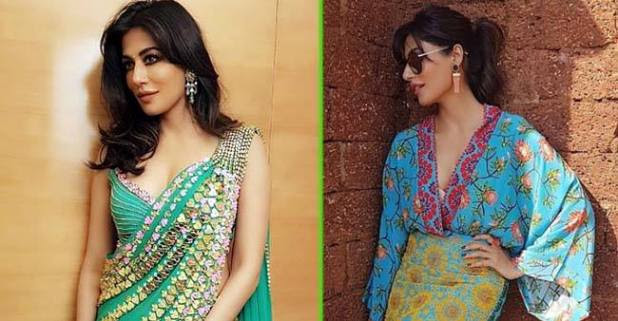 Chitrangada Singh, the dazzling Bollywood beauty with glowing golden complexion, deep liquid eyes and glossy hair may be not very successful and known name amongst Bollywood town but her mark in the glam world can’t be ignored. The actress began her career with modeling and later turned into an actress.

Chitrangada took birth on 28th March, 1976 at Meerut to an Army family and today she is celebrating her 43rd birthday. The actress has not been very active in the films but she is quite active on social media platforms and shares her pictures often.

So, on the occasion of her birthday, let’s have a look at the glamorous Instagram pictures of Chitrangada Singh:

The gorgeous and dusky Bollywood girl has done many films and enjoy being the brand ambassador of many products. She is the brand ambassador of Airtel, Garnier, Taj Mahal Tea, Parachute and Borges Olive Oil. The former model is a good singer and Kathak dancer as well. Before entering in Bollywood, she began her career as a model and worked for ICICI bank, Alukkas Jewellery.

She was born in Jodhpur, Rajasthan. Her father’s name is Niranjan Singh. Chitrangada completed her schooling in Meerut. After this, she completed her studies from Lady Irwin College, New Delhi. She is married to Jyoti Randhawa who is a golf player. However, the marriage of these two did not last long for any reason, and they were divorced in 2014. This couple has a son whose name is Zorawar Randhawa. Motherhood have only added more charm to this lovely lady.

Her stint in film Desi Boys was applauded a lot. She debuted in Bolywood with Sudhir Mishra’s film HazaaronKhwaisheinAisi. Her character in the film, Geeta Rao was widely appreciated and till date is considered one of her career’s best performances. Her movie list includes ‘Kal: Yesterday and Tomorrow’ (2005), ‘Sorry Bhai’ (2008), ‘Basra’ (2010), ‘YehSaaliZindagi’ (2011), ‘I Me aur Main’ (2012), Soorma, Saheb, BiwiAur Gangster 3, and Baazaar.

After watching her debut film, ShekharKapur has compared Chitrangada with SmitaPatil and praised her too. She also recieved the best Bollywood female debut award in 2006.

The actress also tried her hands in item songs and proved successful. Her first item song was in ShirishKunder’s movie ‘Joker’. Also, her item song ‘Aao Raja’ from Akshay Kumar starrer Gabbar Is Back was super hit. The actress who is turning a year older today is still mesmerizing and the magic of her beauty is unmatchable.

We wish her a very Happy Birthday!