After Aussies kid, Jasprit Bumrah’s action is replicated by a Hong Kong Boy 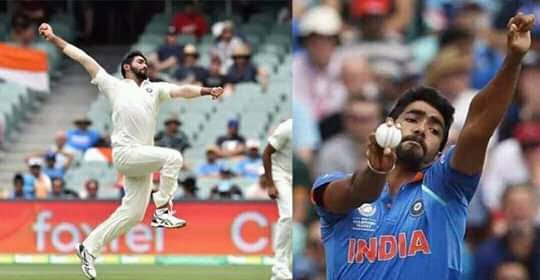 Jaspreet Bumrah, the player who is capable of playing in all the formats of cricket is now considered to be the number one bowler in the world in limited-overs cricket. And apart from his playing style, people all around the world consider him as their role model.

His bowling style is definitely unique and imitating his action is relatable to every kid. The similar thing is happening, a guy in Hong Kong copied is action in an Under-13 league match where he is replicating Bumrah and the Hong Kong Cricket’s official took the video on their Twitter handle and raised a query on the post, which could be read as, ” Does this remind you of somebody…”

Here is a clip of the video:

Spotted in the U-13s League today – another interesting bowling action. Does this remind you of somebody? 🤔@Jaspritbumrah93 @BCCI @ICCMediaComms @ICC #Cricket #HKCricket pic.twitter.com/A8OOfmtfPG

Though the question was raised on Twitter, the answer itself was present in the caption of the post, where Bumrah was tagged. The caption could be read as, “Spotted in the U-13s League today – another interesting bowling action. Does this remind you of somebody…”

See how Twitterati’s have given their reaction on the video:

Good to see younger Bumrah at the other side of the sub continent.

The social media users started sharing their comments on the same where a user wrote, ” Good to see younger Bumrah at the other side of the subcontinent”, while another user wrote, “Jasprit Bumrah’s new version.”

The 25-year-old Indian cricketer is one of the fastest bowlers in India. The right arm fast bowler stands 1st in the ICC ranking for ODI while stands at 16th position at the Test ranking.

Stay tuned with us for more bulletins.