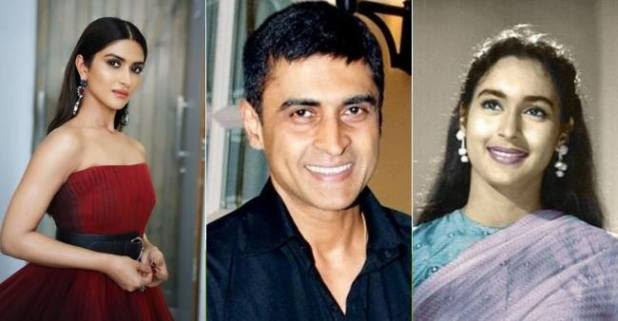 At one side, Karan Johar is known to launch new talents in Bollywood. After launching Alia Bhatt, Varun Dhawan, and Sidharth Malhotra, he is all set to introduce Tara Sutaria and Ananya Pandey with Student Of The Year 2. Also, Salman Khan helps new talents to reach in the film industry and now he is launching Pranutan Behl and Zaheer Iqbal.

The oh-so-gorgeous Pranutan Behl is the daughter of actor Mohnish Behl. She is stepping into Bollywood with the film ‘Notebook’. The trailer of the film made everyone impress by Pranutan.

Notebook is made by Salman Khan Films and everyone knows Salman Khan shares good rapport with Mohnish Behl. Recently, Pranutan was asked what kind of relationship does she share with Salman, to this she said: “I was around seven years old when I had lost my ‘Tweety’ cap at a studio and started crying. He came up to me and asked me what had happened. I told him that I had lost my favourite cap, and, in one hour, the same cap was given to me. He had asked his spot boy to buy a new one for me. From then till now, he has always been my favourite (laughs!).”

She also said, “He told me, ‘Since acting is your passion, work hard and give it your all’.”

“Thousands of artists from across the country come to Mumbai to become actors, how can anyone be an exception? In fact, while going for auditions, I never wrote my last name, because I didn’t want to be shortlisted because of my family background. I want to make it on my own, so that I can feel that I’ve earned what I deserve”, added the new comer.

Here, have a look at the adorable pictures of Pranutan: