While many celebs partying after Pulwama incident, Prince Narula and Yuvika Choudhary postponed their song launch 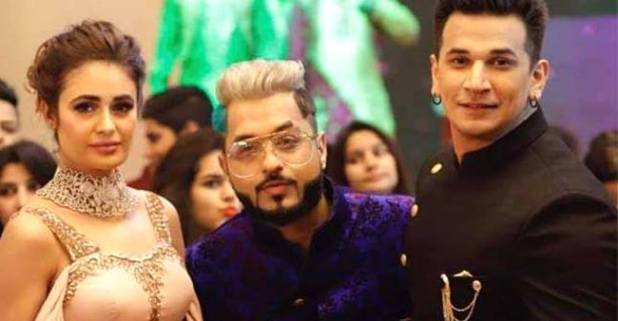 14th Feb is a day when people paint the atmosphere red with love but it turned out bloody with the loss of 44 CRPF soldiers lives. The whole nation is sorrowed with the onslaught that happened on 14th of February in Jammu and Kashmir. With millions of tweets and comments, people are commenting on the incident and sharing their emotions on social media. From commoners to VIP’s messages are being showered around the web.

Now, newlyweds Prince Narula and Yuvika Chaudhary who were about to launch their new music, Goldy golden on 15th of February postponed the launch event because of this incident. The twosome was supposed to launch the song with a singer Star Boy LOC in the same city by 6:00 pm, but the stricken away incident that happened with the Jawans made them cancel the song launch. Although the next date of launch is not clear we truly admire their decision.

They revealed that they were saddened with the Pulwama incident and felt that it was not the right time to celebrate any happiness so they decided to cancel the song launch.

Apart from them, other celebrities were far away from the grief of these Jawans and enjoyed their party time unaffectedly.

Well, Amitabh Bachchan is known for his conventional tweets, but on the incident of Pulwama onslaught, the actor shared a child’s video on Instagram and it was shattering for the audience to get such a response by the veteran actor.

Well apart from Amitabh, the Pataudi’s and Kapoor’s celebrated Randhir Kapoor’s birthday bash on 15th of February. It was ashamed for us to see them enjoying when such a devastating incident took place in the nation.