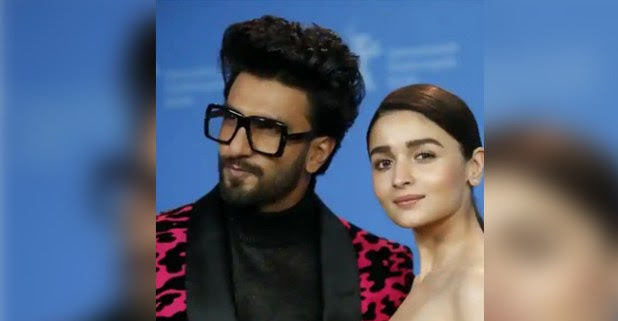 Tomorrow, Zoya Akhtar’s Gully Boy featuring Ranveer Singh and Alia Bhatt will hit the theatres in India and the critics, as well as the audience, will give their review. Already the film has created a lot of hype among the fans with 18 songs and 54 collaborators and absolutely nuts, Ranveer Singh. He has raised the level of versatility and broke his own level of performance with every film in Bollywood. Singh is now the most wanted Munda in the Hindi film cinema.

A special screening for the movie has been held on last Monday and everyone is applauding Ranveer and Alia’s performance and also praised Zoya for directing such movie.

Well, even before the release, Twitterati’s have given their verdict for the movie and calling it already a superhit blockbuster. Let’s take a look at the tweets and later you’ll tell us what’s your thought on the same:

Ranveer…I don’t know what to say about your performance. You’ve beaten yourself in #GullyBoy. What a performance!!! Superlative, Mindblowing, Powerful!!! @RanveerOfficial @Javedakhtarjadu #ZoyaAkhtar

For the first time watching #GullyBoy I understood the power of #HipHop music. #ZoyaAkhtar has kickstarted a whole new genre of music in #Bollywood & it’s going to grow. Only @Javedakhtarjadu sahab could have written the powerful lyrics of #ApnaTimeAayega

#Gullyboy is the perfect example of a great Hindi film: It is inevitably a universal blockbuster and will do excellent business in single screens, multiplexes, India and the overseas market.. @RanveerOfficial @aliaa08 @ZoyaAkhtarOff @FarOutAkhtar @ritesh_sid

@SiddhantChturvD what a spectacular find! Great casting. The music is the backbone of the film. Well done @ankurtewari & @Javedakhtarjadu uncles poems ❤️ Like all Zoya films it keeps growing on you. Cannot wait to go watch it again! #GullyBoy

The #GullyBoy fan club! #ZoyaAkhtar you’re a genius! How do you out do yourself each time? Every performance, every scene, the music, the camera work, the writing ❤️ @RanveerOfficial so contained yet so explosive. This one is undoubtedly your best. @aliaa08 fabulous as ever! pic.twitter.com/WQL9StltyU

I can not recommend it enough, pls do watch it at the earliest

Special word of praise for the artists who played MC Sher and @RanveerOfficial ‘s mother in the film; outstanding

Fantastic camera work, crisp editing and brilliant music, #GullyBoy is a piece of cinematic art India should be proud of

Have no words to describe the brilliance of @RanveerOfficial n @aliaa08

Talking about Gully Boy, Ranveer will be seen playing a rapper and for the very first time, Alia and Ranveer are sharing the screen space. Even before the release, the film has got larger than life positive response from the audience and we don’t know what will happen when released. Maybe this collab of Singh and Alia will break all the record at the box office.

Gully Boy will loosely showcase the story based on the lives of rappers Divine and Naezy which has been co-produced by Zoya’s Tiger Baby and Farhan Akhtar’s Excel Entertainment. A while back, this film got its worldwide premiere at the 69th Berlin International Film Festival.

Apart from this, he has also signed movies including Kabir Khan’s next directorial ’83 which is a sports drama and the actor will portray the role of former Indian cricket caption Kapil Dev in it. He has also grabbed Karan Johar’s Takht, a period drama set in the Mughal era and also features Kareena Kapoor Khan, Janhvi Kapoor and Vicky Kaushal in the lead roles.