‘Never leave your crease with MS Dhoni behind the stumps’, ICC’s advice to a Twitter user 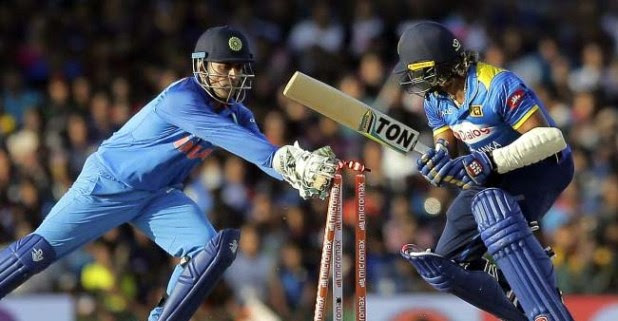 The 37-year-old Indian cricketer M.S. Dhoni from Ranchi has served as Indian Captain for more than 9 years. He is not only famed for being one of the coolest captains ever but is also a great wicketkeeper. Dhoni is extremely attentive with his wicketkeeping and it was Neesham of New Zealand who found it very difficult during the play.

During the New Zealand series, the captain cool just ran out the New Zealander Jimmy Neesham when he was playing on 44 runs, he missed a ball from Kedhar and the Bowler instantly appealed for LBW. Meanwhile, Neesham took few steps ahead of the line and was stunned by the former captain cool Dhoni.

Watching the attentiveness of Dhoni, the Twitter users went ahead on applauding the right-handed batsman.

Neesham forgot about Dhoni the wicket-keeper in his tribute yesterday.

Never leave your crease with MS Dhoni behind the stumps! https://t.co/RoUp4iMpX6

Apart from the big thread of Dhoni’s fans and followers, it was ICC (International Cricket Council) who also appreciated Dhoni’s wicketkeeping and retweeted to a user named Yoko Ono who is a Japanese multimedia artist when he asked a piece of advice on tackling with Dhoni’s wicketkeeping. He wrote, “Give us some advice that will make our lives heal and shine”

And the official account of ICC gave a piece of accurate advice to the man and wrote down, “Never leave your crease with MS Dhoni behind the stumps.”

Well, Neesham has learned his lesson, rest is all up to the players and their techniques to handle Dhoni behind the stumps.

Mahi was included in the Times Magazine in their list of 100 most influential people in the world and the Men In Blue also holds the post of Vice President of the India Cement Limited. He is also the co-owner of Indian Super League Chennaiyin FC( Football Club).  In the year 2015, according to Forbes, Dhoni was ranked 23rd in the list of highest paid athletes in the world.