Love Traingle: “I would like to go on that date, where Kartik and Sara are going,” says Ananya Panday 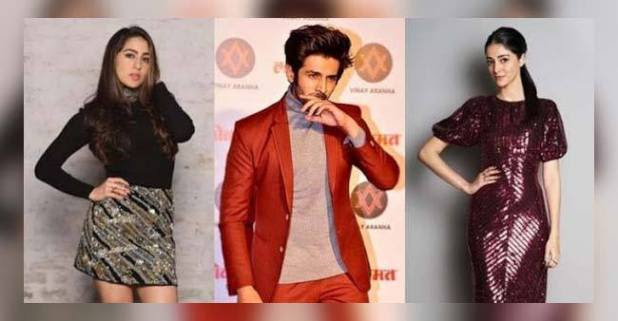 Koffee With Karan the most contentious talk show in Indian Television is something we look forward to watching at the weekend. The current sixth edition is the most amusing season until now. This year, it was debutant for many star kids, from Janhvi Kapoor to Sara Ali Khan, stars have glittered the show with their scoops on personal fronts. Even actresses like Alia Bhatt and Deepika Padukone shared many fronts of their private life on the show.

One of the most talked people in the chat show was youngster Kartik Aryan whose fan following is just growing up unexpectedly. When Sara debuted on the show with father Saif Ali Khan, she said she would like to date Kartik and in no time this statement spread with the speed of sound. In response to her statement, during a press conference, Kartik shared that he was ready to date her and Sara has to tell him the time and date.

But to add an extra dose of entertainment to this couple’s relationship, soon the debutant actor Ananya Panday who has been spotted with Kartik Aryan earlier as they will be shooting for the upcoming film ‘Pati Patni Aur Woh’, reportedly, the rumors of the couple’s dating each other started making headlines. But recently when Ananya graced the couch of KJO’s Koffee With Karan along with Tiger Shroff and Tara Sutaria for their upcoming film SOTY-2, the buzz again started taking rife about the love triangle.

She said, “Kartik Aaryan. I think he’s damn cute.” When Karan shared that even Sara wanted him to date, she said, “Ya, so I want to go on that date where Sara and he are going. That’ll be fun.”

Well, it would be interesting to know about their future relationships. Stay tuned with us for more updates.