Kareena Kapoor Khan Wants Alia, Deepika And Katrina To Locked Up In Same Room For A Spice-Up Drama 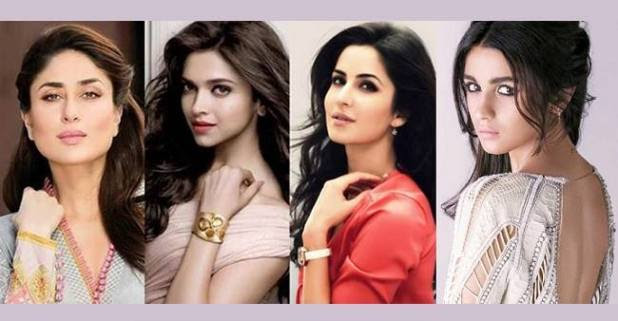 No one can match the sass of Kareena Kapoor Khan aka Bebo of Bollywood. She is funny, talented, bold who never shies away from sharing the secret which later becomes the talk of the town. Mother of the cutest star kid, Taimur Ali Khan, Kareena recently appeared on Karan Johar’s Koffee With Karan season 6 and left the fans to surprise with her candid confessions.

In a popular rapid fire round, Kareena was asked if she wants to witness a drama scene which two personalities she would lock in a room. To which Kareena replied quickly and said, can we have three? She then replied she would love to lock up Katrina Kaif, Alia Bhatt, and Deepika Padukone together. Well, Kareena, you just left us speechless and we bow down to you for being the gossip queen…

Talking about the three divas, they all have one thing in common which is actor Ranbir Kapoor. While Deepika and Katrina had a good long relationship with Ranbir, Alia is currently dating the Sanju Superstar.

Take a look at the candid moments from the chat show:

Alia who is currently dating Ranbir Kapoor is pretty much serious about this relationship. The lovebirds have already met each other’s parents and spent quality time with them.

On the work front, Alia has a handful of movies in her kitty including Karan Johar’s Takht, Abhishek Verman’s Kalank, Mahesh Bhatt’s Sadak 2, and the most talked movie Brahmastra in which she will be seen with BF Ranbir for the very first time. Brahmastra will hit the theatres soon also starring Amitabh Bachchan, and Mouni Roy.

Back to the last episode of KWK 6, Kareena was accompanied by Priyanka Chopra and they both have a gala time on the show. The two actresses have shared the screen space in the various movie including Aitraaz.