Indian cricket team not playing against Pakistan in the world cup, BCCI to take up the matter to ICC 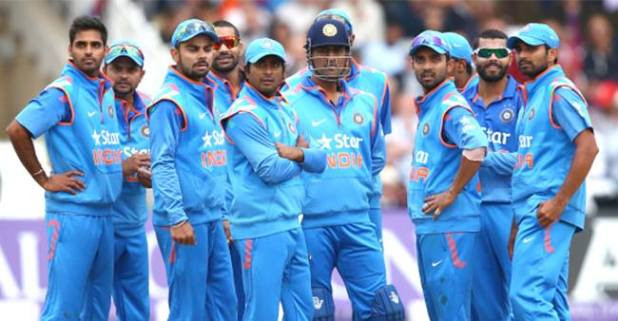 The impact of Pulwama incident is seen widely in India. The Indian Cricket Team is in full Josh to Boycott Pakistan in the upcoming World Cup 2019 in England. Our ‘men in blue’ team are not at all ready to play with Pakistan, a very close source told to NDTV.

As per the reports, the public bodies have passed the message, “Don’t play with Pakistan” to the BCCI Committee of Administration. This is a major step by the Indians and now BCCI is expected to have a mutual conversation regarding this step. Earlier they were opting for circumstances where the format of the tournament could get changed so that Indians could not face Pakistan at the World Cup while BCCI sources say that legal options for not playing Pakistan are being placed before the CoA ( Committee of Administration) and the entire legal team is communicating with the committee. for the same.

Playing against Pakistan has become a major issue and the Supreme Court appointed BCCI Committee of Administrators (CoA) for a meeting regarding the same agenda. While some sources quoted saying “(There is) no question of bilateral cricket with Pakistan,” they said. “In the present circumstances, very difficult to play even in international tournaments against Pakistan.”But there is still a lot of time in the World Cup,” they added further. The matter will be taken to the upcoming ICC meeting from February 27-March 2.

Earlier Harbhajan Singh in his statement, during an interview with India Today, he said, “World Cup is very small when it comes to the country. 40 people, who have lost their lives, who is going to pay for that? We have to stand united with the country. Even if we don’t play the 2019 World Cup, it won’t matter.”

We are Indians first and then we are players. We are what we are because of this country. People love us because we play for India. The armed forces sacrifice everything to protect us… it’s not right to keep playing sports with Pakistan when our soldiers are losing their lives.”