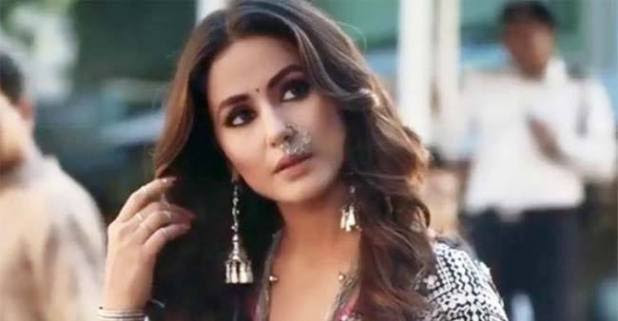 Hina Khan, after playing Akshara, the actress has turned herself in a very wicked Avatar with her latest character of Kamolika and of course making people crazy with her Nika swag in the show. Undoubtedly the TRP of the show is partially contributed by the vamp of the show but now she won’t be the part of the show as the actress is moving her step into the Bollywood film world.

Earlier it was reported that the actress is quitting the show as the track of her role was not satisfying her but clearing all the doubts and hearsay, she herself stated to a source saying that, “It’s true that I will not be seen on the show post-March. But, the only reason is my prior commitment to films.”

The fashion diva shared that the production house doesn’t even want her to go. On that note, she expressed, “The production wanted me to stay, it’s me who wants to go and the reason is ‘only films’. They understood and have given me a break.”

Hina was asked about her comeback on the show, and her response left audience in a doubtful state, she said, “You never know I might come back.”

A few days ago, she walked at the Lakme Fashion Week and shared her sensational pictures on Instagram, one of her many beautiful pictures is just below. The actress captioned her picture”Lakmé Fashion Week for Shivanand Narresh what an amazing show. Outfit by Virago.in Dipti, Jewellery by mineral store, Heels by Eridani, Styled by Sayali Vidya.”

The gorgeous diva of small screen industry is gearing up for her Bollywood debut. The movie is Titled as Lines, and also features veteran actress Farida Jalal. Helmed by Hussain Khan, written by Rahat Kazmi and Shakti Singh.

Stay tuned for more scoops and updates related to the entertainment world.