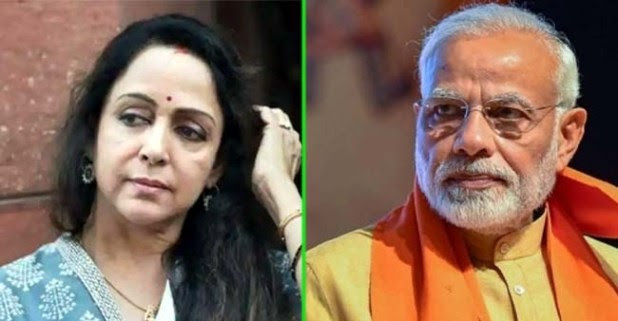 Dreamgirl Hema Malini, who is also the BJP MP shared her expression on the recently happened disastrous Pulwama incident. The actress believes that a stable and favored decision would be taken by the Prime Minister of the nation and strict action would be taken to stop the anti-national activities in the Kashmir Valley.

She went on speaking about the incident at the screening of her daughter Esha’s short film “Cakewalk”.

She said, “I am sure that he will take a very firm decision. I am very happy that I am a Member of Parliament from Mathura under his regime as a Prime Minister. I know that he will be taking a very wonderful decision with respect to how to face these devastating incidents.”

“I think people over here shouldn’t show off that they really care for the nation. If they want to express their grief, then they should spend their time with the martyrs’ families. I have also been associated with them in my constituency.”

“There are many boys in my Mathura constituency who are sons of farmers, but they have sacrificed their lives for the country, so I know what their families go through in such scenarios. People should contribute financially towards their families instead of creating havoc here,” she added further.

As many celebrities including Prince Narula cancelled their pre-planned events, the actress appeared on the screening event.

On defending her side she said, “It is a very unfortunate, heinous and bad incident. I was also asking makers of the film over the phone calls whether we should host the film’s screening or not but they told me that there are other events which are taking place and moreover, it was a pre-planned screening. ”