From Sara Ali Khan to Ananya Pandey, these star kids are glittering on every events The upcoming generation of actresses in B-town are grabbing our attention with their public appearances, these star kids are just taking the shutterbugs to capture them everywhere. From Sara Ali Khan to Ananya Pandey, the gorgeous celebrity kids are making a new generation of Indian Cinema.

Sara Ali Khan, who has proved her acting skills with her debut movie Kedarnath, and later Simmba is becoming the favorite star kid among all. Her smart interviews and humorous attitude is just making us fall in love with the actress. She recently was invited for an event called CINTAA ActFest where the legendary actors were present. Actor couple, Ramesh and Seema Deo (parents of Delhi Belly director Abhinay Deo), Shubha and Viju Khote and CINTAA secretary Sushant Singh were the attendees at the event.

Her pictures are going viral on the web, in the long slit kurta with a pair of jeans, Sara looks adorable as always:

The next stars in our list are Ananya Pandey and Tara Sutaria and their beauty is just inexplicable. Filmmaker Punit Malhotra threw a bash on Thursday which was attended by these beautiful stars. Ananya and Tara, are going to make their debut with Student Of The Year 2. Ananya looked bold in the black attire while Tara kept it candid.

Apart from that event, few stars were spotted at the airport, names including Sunny Leone, Karisma Kapoor, and Manisha Koirala. And like always, the beauties nailed the airport look. 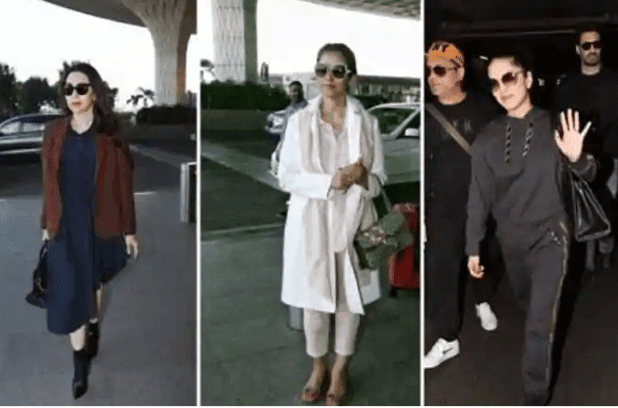 Stay tuned with us for more updates on the entertainment world.