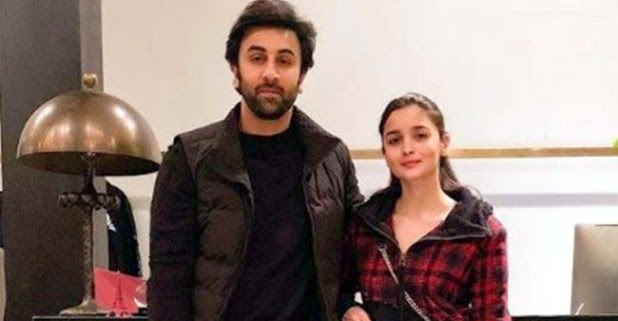 Love blossomed for the lovebirds on the sets of Brahmastra between Ranbir Kapoor and Alia Bhatt who earlier broke up with Katrina Kaif and Sidharth Malhotra respectively. Ranbir and Alia will be next seen in Ayan Mukerji’s dream project which also stars Amitabh Bachchan and Mouni Roy. The couple for the very first time are coming together for a film. The much in love couple started dating each other while filming for Brahmastra which is slated to release this year soon.

However, the latest buzz is that things are not okay between the couple after a video went viral on the social media where the couple seems to have a heated conversation considering their expressions while sitting in a car.

Rubbishing all the rumours ignited by the video where people started assuming so much, the 25 years old actress retorted talking to the Asian Age, “I was definitely Valentining on that day. Since I’ve been promoting ‘Gully Boy’, I had a late night and woke up late on Valentine’s Day. I was flooded with messages and greetings about our film along with some Valentine’s greetings and some marriage proposals from strangers as well.”

Gully Boy actress further when asked if she found time for her beau between her busy schedule, she said, “There was time for Ranbir also, don’t worry.”

Meanwhile, reports further suggest that the couple will soon tie the nuptial knots as they are spending time with each other’s family for quite some time now and both the families like kids choice.

On the work front, Alia recently was seen in hit Gully Boy with Ranveer Singh. She was exceptionally flawless in the movie. Apart from Brahmastra, she will be seen in Kalank and the remake of Sadak with Varun Dhawan and Aditya Roy Kapur. Also, she has signed multi starrer, Takht, a KJo directorial.