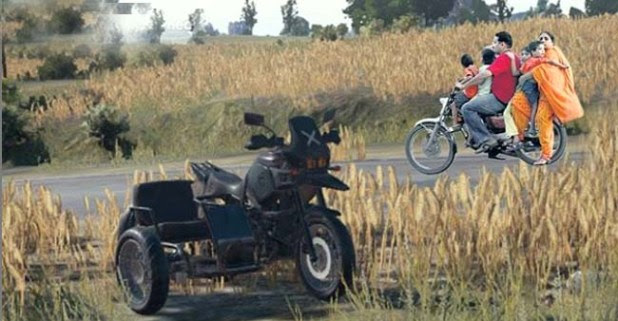 Since the South Korean video game company named Bluehole introduced the mobile version of ‘Player Unknown’s Battleground’ or PUBG in 2018, a phrase Lets Play PUBG has become famous among the youth who likes to play the game in their free time.

In any case, while the amusement has its supporters spread over the entire world, a lot of its users are from India. What’s more, subsequently, Instagram user, Musthaiz Ahmed, envisioned how the game would look like if it was made in India and his imagination has left us laughing out loud. Sharing the pictures on his Instagram, one can’t have been more accurate like him.

Have a look at the pictures:

Well, we really hope PUBG gets an Indian version where the imagination of Ahmed can be considered!

Earlier, a man, while playing PUBG met with a young lady who was also a die-hard fan of this game. The couple is engaged and soon will get hitched.

Till now, everyone must have heard about the most trending game PUBG. It is an online multiplayer game which has crossed 100 million downloads. It has now an aim towards to push e-sports in India, looking at its popularity.