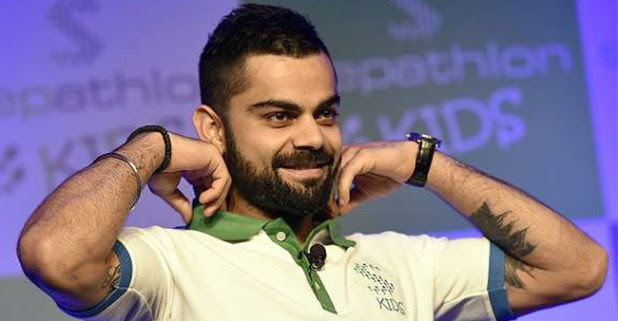 According to the Global valuation and corporate finance advisers Duff & Phelps, Indian cricketer Virat Kohli and Bollywood actress Deepika Padukone are the only two Indian celebrities who scripted their names in the list of most valuable celebrity brand.

While Virat Kohli’s estimated net worth is USD 170.9 million, Deepika Padukone is below Kohli’s name in the list with USD 102.5 million, both crossing the 100 million mark.

Padmaavat star, Deepika endorses 21 brands while the worldwide famous cricketer leads with 24 brands. Apart from them, Bollywood actors like Ranveer Singh, Akshay Kumar made it to the list with the position fourth and third position respectively, with a net worth of USD 63 million and USD 67.3 million.

Sportsperson like MS Dhoni, Sachin Tendulkar, Virat Kohli, and PV Sindhu are also marked in the list. Not only individually, but celebs are also endorsing product or brands as a couple to create more impact these days.

Former Indian captain MS Dhoni is the next cricketer on the list, coming in at No. 12 (USD 26.9 million), ahead of Anushka Sharma (USD 23.4 million) and Sachin Tendulkar (USD 21.7 million).

Earlier, Deepika also made it to the list of richest Indian celebrities according to Forbes 2018. She occupied 4th position while Salman Khan topped the Forbes list.